“Shifting Dimensions” features contemporary artists that innovatively shape their works and excitedly break from the tradition of paint on canvas. By shifting the role in this way from artist to architect, these artworks hold an ineffaceable authority that commands visual exploration as if their nature lies within the structural integrity of the wall itself. These disruptors of convention invite each viewer to explore the intrinsic property of dimensionality within their works from a renewed perspective.

Canadian artist Will Raojenina (WCMTL) creates highly textural original artworks to inspire others. He is known for positive messaging and playful figures on intricate abstract backgrounds. Each artwork Raojenina creates balances recognizable elements and the unknown. His use of texture to both obscure and reveal the subject of his artworks plays conceptually with contrast versus camouflage. To create his signature textural formations, Raojenina uses a secret combination of acrylic paint and mixed media which he meticulously builds up layer after layer.

Ryan Shane Owen is an artist and musician from Vancouver whose artistic expression is characterized by action, energy, and progression. His three-dimensional abstract sculptural artworks are evocative of macro and microcosms and are created in a relief style with mixed mediums citing inspiration from architecture, landscape, and geological formations. With a flavor of retro-futurism, they suggest a merging of nature and technology, blurring the line between positive and negative space. Heavily influenced by the dynamics and expression of musical composition, Owen's works capture movement in stillness and sound in silence.

Virginie Schroeder began her artistic career in 2009 after moving to Canada.  At the beginning of Schroeder’s career, her style leaned toward pop art.  She then developed her own personal style drawing inspiration from abstraction, for which she is now known. Schroeder’s artworks begin with a realistic sketch which is then deconstructed to her signature striations. Working meticulously, she then applies layer upon layer of acrylic and oil paint with a syringe, reworking each line to precision with a knife using variation in color and finish to create depth.

Born in Barcelona in 1973, Mireia Serra aimed to be a sculptor from a young age, but her parents persuaded her to study fashion design instead. Serra graduated in 2002 from the Llotja School of Arts in Barcelona (the same school that took under its wing Antoni Gaudí, Pablo Picasso, and Joan Miró), specializing in iron and bronze. Serra says of her work, "I make figurative sculptures depicting contemporary everyday scenes. I try to reflect my inner world thus expressing moods and desires, feelings, joys, and concerns stemming from my relationship with the world. In my work, I attempt to demonstrate how a piece of fine art sculpture could incorporate into our daily life, linking us with art that inspires and triggers us to contemplate about life and relationship."

Rebecca Klundt is a happy native of Salt Lake City where she lives with her husband Kevin and their five children. In 2012 she went back to finish the degree she began 20 years ago at Brigham Young University in Provo, Utah, graduating with a BFA in 2014. Her work is a product of her desire to use the unusable and visually organize materials. "When you are driven to create, you begin to see things around you in a different light. I see a pile or mess and I want to compact the pile, putting it into the tightest possible space and giving it gravity. I love to work two-dimensionally because once I have compacted a pile, I can then hang it on a wall where the amount of space it requires is minimal and the space all around it is free and uncluttered." 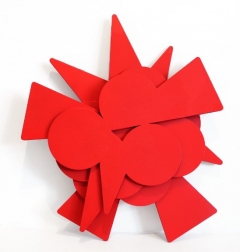 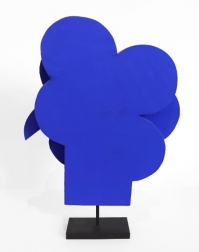 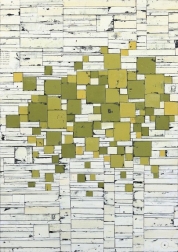 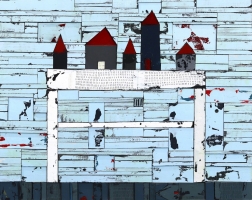 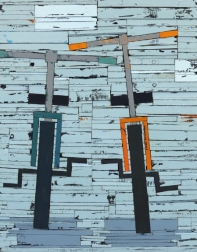 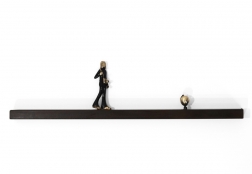 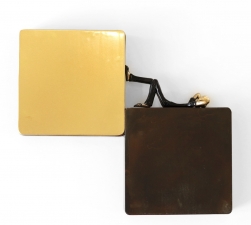 Breakfast at Tiffany's with Audrey Hepburn

Muhammad Ali The Strongest King of the Ring

The Most Powerful Wonder Woman

Love is the Answer 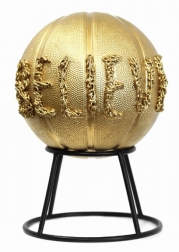