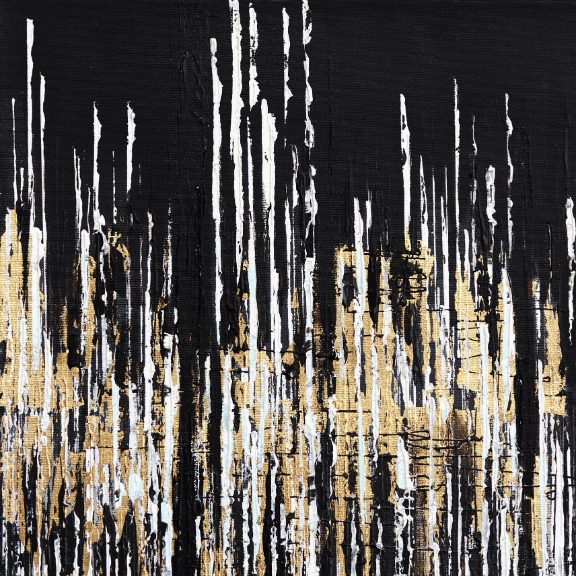 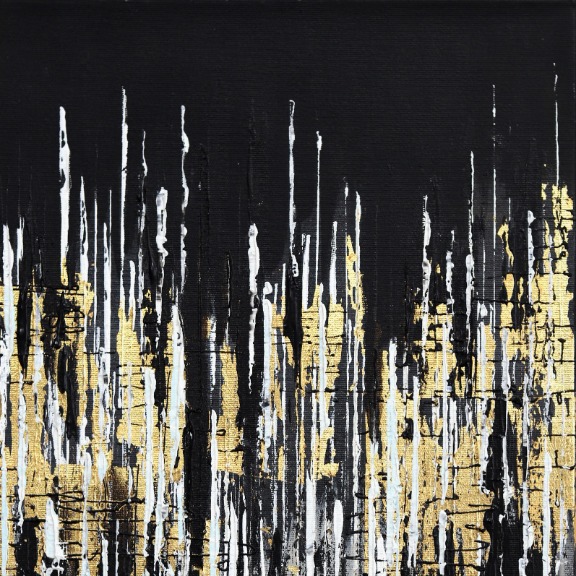 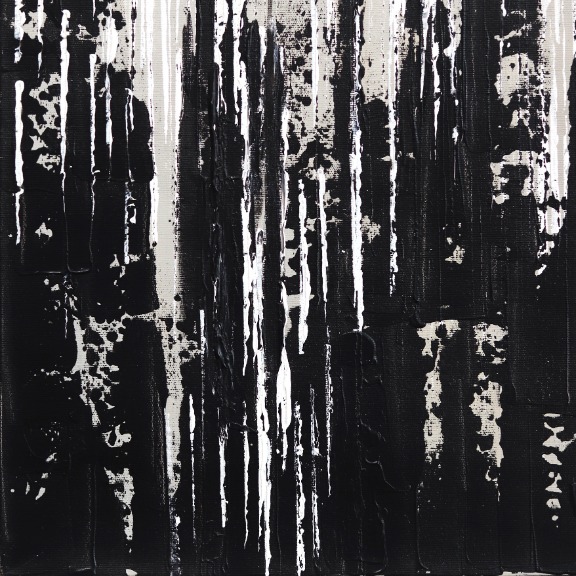 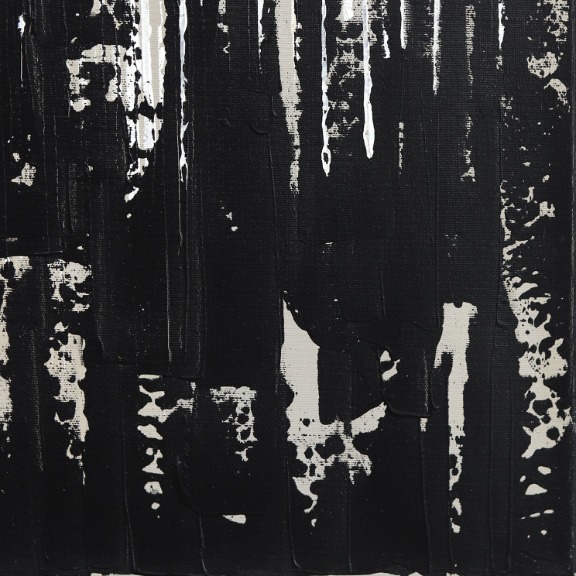 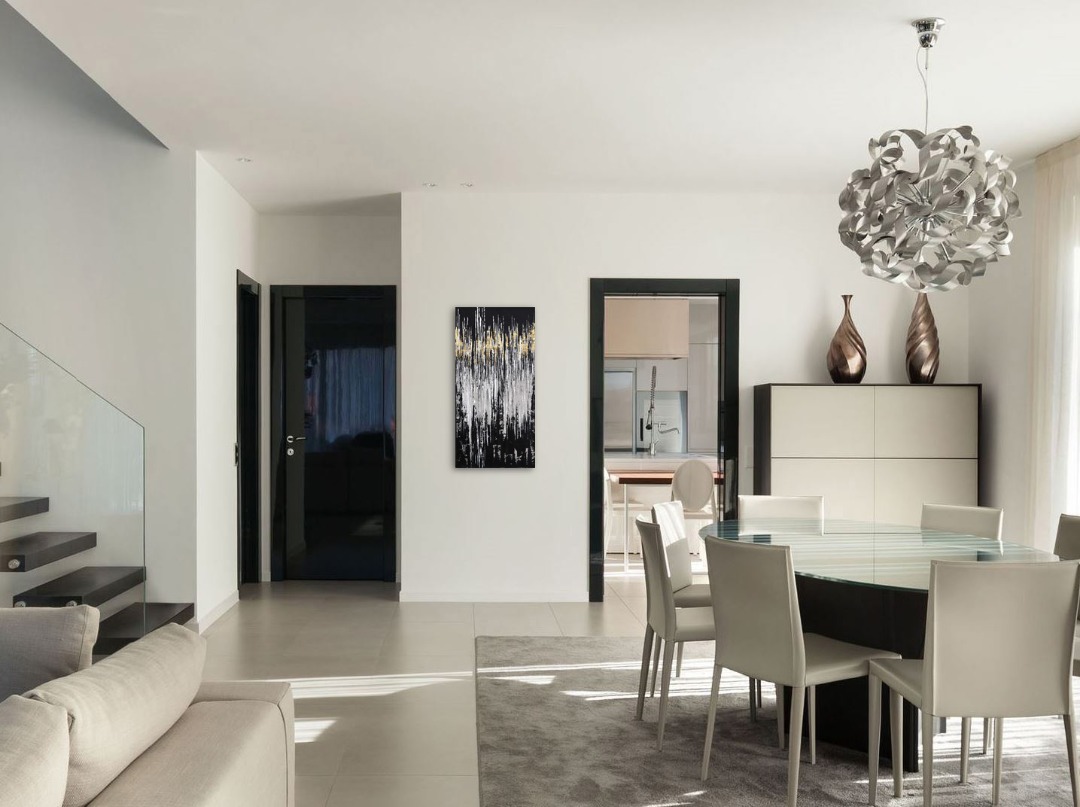 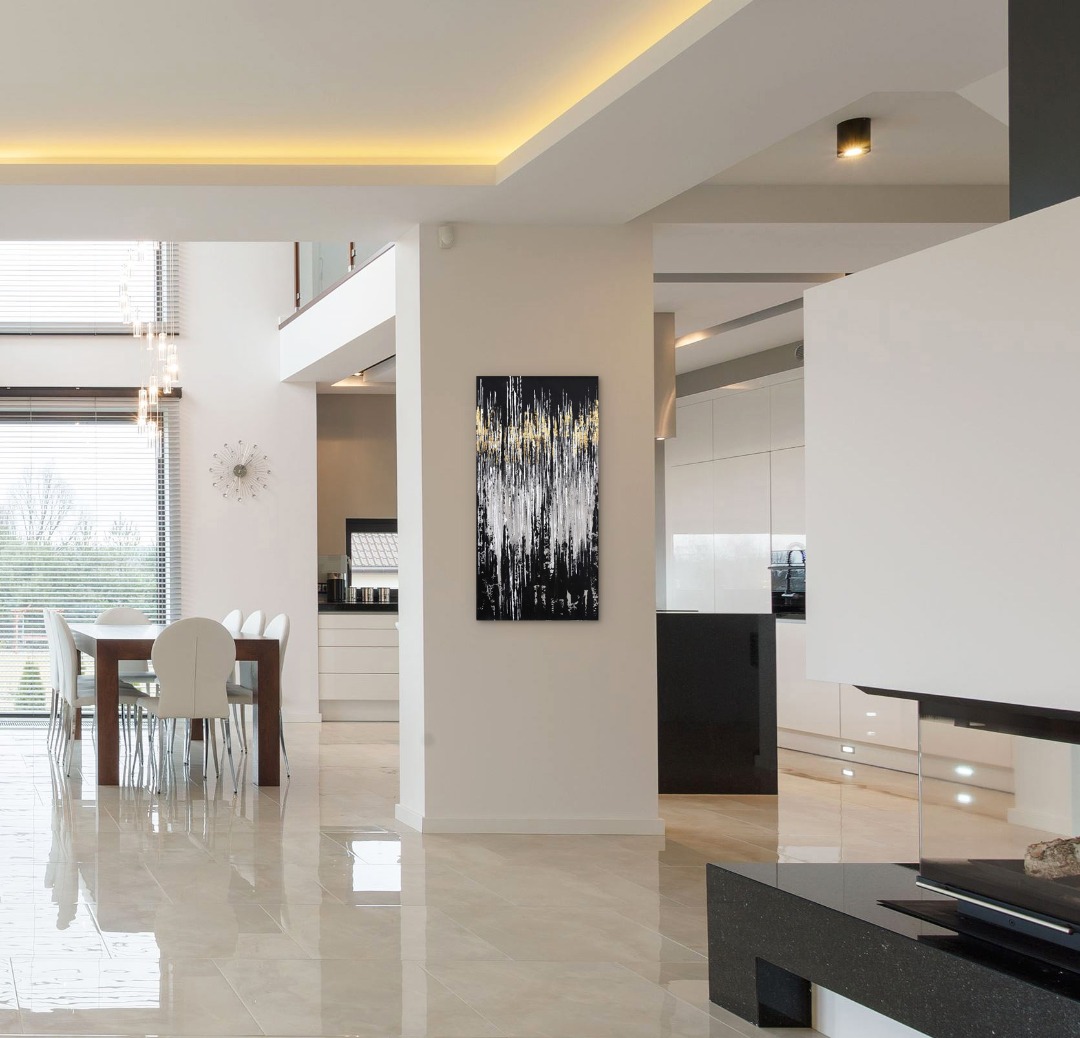 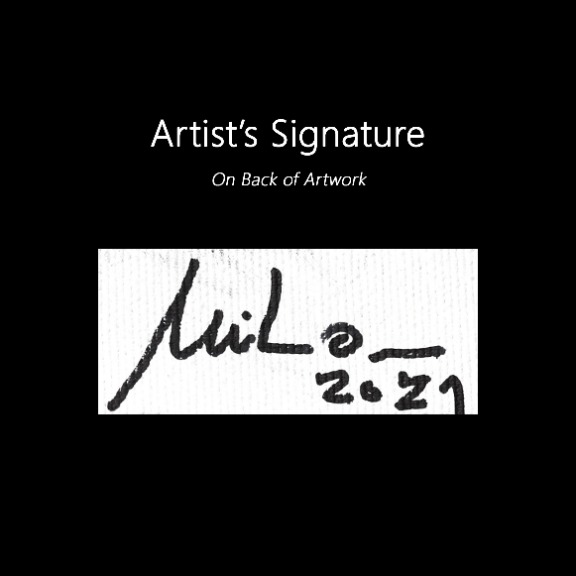 Ivana Milosevic was born in Serbia in 1972. In 1998 she graduated from Belgrade University with a Master’s degree in Architecture. Since 2000 she was practicing architecture in Municipality of Trstenik specializing in urban design and city planning. As a deputy Mayor of Trstenik, Ivana transformed the city into a modern and contemporary living environment.

This original 47 inch high by 23.5 inch wide artwork is painted by internationally collected Serbian artist Ivana Milosevic with acrylic paint on canvas. It is wired and ready to hang. The sides are painted and it does not require framing. It is signed by the artist on the back of the artwork. A certificate of authenticity issued by the art gallery is included. Free local Los Angeles area delivery. Affordable Continental U.S. and worldwide shipping available.

Ivana started painting in 2010. Since then she has exhibited her artworks in group and solo shows in Serbia and internationally. She uses an impasto technique with palette knife and brushes to create her multi-layered textural artworks.

“Through my professional practice cityscapes are the main theme of my artworks, I explore the structure of the city, explore the construction, visual impressions, through various problems in the city. I put layers and layers of oil paint on canvas, trying to rebuild the parts and pieces, life and its beauty!”

Ivana pays special attention in her artworks to city’s building structures and facades. She adds soothing silhouettes of people to emphasize a meaning of perspective, flow of time and speed of life. By combining architecture and urbanism with figures and crowds, Ivana strives to make the viewer feel in the present moment and not in the past. 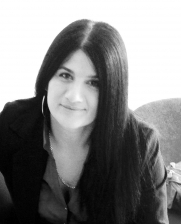 Ivana Milosevic was born in Belgrade, Serbia in 1972. She received a Master’s degree in Architecture from Belgrade University. Since 2000 she has been a practicing architect in the Municipality of Trstenik, specializing in urban design and city planning. As a deputy Mayor of Trstenik, she transformed the city into a modern and contemporary living environment.

Milosevic began painting in 2010 and has since had her work exhibited in numerous solo and group shows internationally. Influenced by her background in architecture and a passion for urban planning, the artist paints loose cityscapes emphasizing structure and perspective.
She uses palette knives and brushes to carve the structures of buildings through layers of paint, giving her paintings depth and texture. Small shadows of human figures populate her work, adding a sense of familiarity and bustling life.

The artist states, “Through my professional practice, cityscapes are the main theme of my artworks. I explore the structure of the city; explore the construction, visual impressions, through various problems in the city.” Milosevic’s works are filled with the idiosyncratic moods of an urban landscape. Her choice of color accentuates the choices made to create such dynamic spaces.

Ivana Milosevic continues both practices in art and architecture and holds workshops internationally. 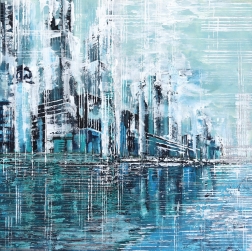 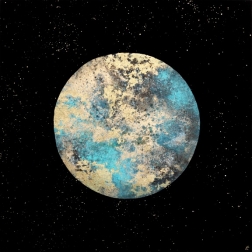 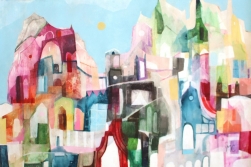 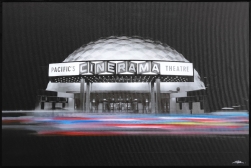