Exhibition Present Future explores the ways that artists are depicting the present moment as a potential future. The works on display range from fantastical to grounded, and they use a variety of media, including acrylic paint, sculpture, ink, and gold leaf. The exhibition features recurring themes of the moon and dynamic lines, representing the vastness and mystery of the future and the energy and movement of the present. We invite you to come to explore these works and to consider your own visions of what the present might hold for the future.

Born in Belgrade, Yugoslavia, Marko Kratohvil’s work includes large-scale public art, sculptures, drawings, and the design of architectural features. He describes his sculptures and his works on paper as “two means of expression.” He explains, “Both disciplines are linked by their formal vocabulary: line, form, and color. Each work carries notions of space and movement, rhythm and energy, concept and form, and aspires to articulate those fields of our experience that remain before or after verbalization. They are about inner landscapes, individual time, architecture of emotions.” Kratohvil’s artwork is held in corporate and private collections worldwide. He has extensively exhibited throughout Europe and the United States.

Born in Massachusetts into a family of architects, designers, and artists, Paul Kirley creates art that blends paint and photographic compositions together on a single picture plane, creating motion-filled dreamscapes. Each piece transports the viewer to a dynamic textural environment. The physicality of paint conveys human emotions that contrast with the clarity and formality of photographic elements. In recent years he has returned to the singular media expression of acrylic paint on canvas. Kirley is an exhibiting member of the Arts Guild of Sonoma and regularly contributes to the Venice Artwalk.

Thomas Hammer is known for his dynamic works on paper. His ink works, created with a unique tool that’s a fusion of a squeegee and a brush, are inspired by the spontaneity and vim of post-war action painting, though they employ a unique vocabulary of mark-making. Born in Ithaca, Hammer started his career as an interaction designer at digital agencies in New York City. He titles his artworks after extinct plants, evoking a moment in time that we cannot return to. His abstract works speak to the complexities of contemporary life, with the calligraphic elements offering a nod to a more cosmopolitan and inclusive art world today. His works have been published in Architectural Digest, CoEval Magazine, and Lines Magazine and have been exhibited internationally and acquired by collectors around the world.

Capturing movement in acrylic and spray paint, Armen Ges experiments with optical illusions and perspective in his original abstract artworks. To create these intriguing visuals, Ges employs traditional gestural techniques in combination with graffiti. Through this process, his artworks gain an elevated degree of complexity. Each artwork embodies a dream-like state, one without a rigid structure. Born and raised in Los Angeles, Ges says of his work: “My art revolves around the intersection of the human psyche. Color for me is a fundamental yet imperative tool. I strive to create an inclusive atmosphere with the acceptance of multiple perspectives and various influences.”

Charlotte Elizabeth has worked with painting professionally for over fifteen years. Elizabeth’s training in theatre design preceded a busy career as a Theatrical Scenic Artist in London’s West End. Working with some of the best scenic artists in the world, Elizabeth created large-scale backcloths and murals for many famous venues, including The Royal Opera House, The ENO, and the Olympic Opening Ceremony. According to Elizabeth: “My years as a scenic artist have taught me to be bold, ambitious, and confident when working with paint. I delight in the magical transformative quality of working with layer upon layer of color, pigment, and tone. I’m inspired by the glory of nature’s elements and the drama of the skies. Every painting is a journey, layered with my identity, as a woman, an artist, a mother, a fighter, a nurturer.” Elizabeth has been collected and exhibited across the globe.

Toronto native Pete Kasprzak began his career as a Senior Graphic designer at Dot & Dash where he designed and produced graphics for Holt Renfrew, Coca-Cola’s FUZE, Calvin Klein, The Bay, Gwen Stefani, and Shania Twain. From here, Kasprzak developed his artistic style to express energy and life in new and innovative ways. His artworks add dynamic movement and texture with oil and acrylic paint on his mixed media cityscape artworks. Kasprzak says of his work: “Every artwork I create is unique and portrays a symbolic visual of the urban culture I see. I give my photographs depth and movement with carefully chosen brush strokes lain on top of them.” 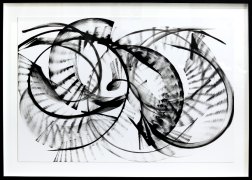 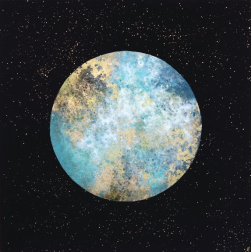 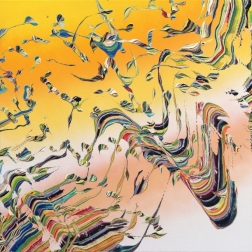 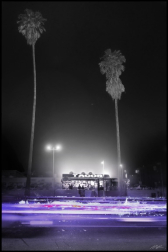