Pete Kasprzak created this large one-of-a-kind 36 inch high by 72 inch wide mixed media artwork by applying acrylic paint and gesso on canvas. The unique textures and reflection of the oil paint set themselves apart from the smooth background. It is signed with the artist's initials on the front; and signed, titled, and dated on the back. The sides of this unique artwork are painted black. It is stretched, wired and ready to hang. Framing is not required. Free local Los Angeles area delivery. Affordable U.S. and global shipping is available. A certificate of authenticity issued by the art gallery is included. 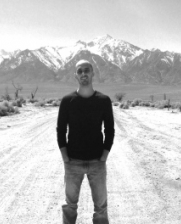 US Bank Fly By