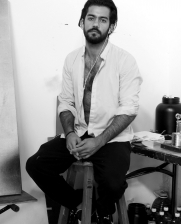 Born in Orizaba, Mexico in 1987, Jose Carlos Zubiaur holds a Master’s Degree in Visual Arts from the Universidad Veracruzana. He has studied digital video, visual effects, 3D modeling and animation. He attended a Cinematography workshop at the New York Film Academy, New York. Now based in Mexico City, he has translated these skills into creating original paintings of artificial fantasy.

Zubiaur proposes to understand art through a more emotional and intuitive approach, where the work not only uses existing symbols, but also creates new meaning and becomes a symbol in itself. He seeks to highlight the concept of personality as a process of continuous change, in which the perception of the individual is constantly transformed by digital systems, where we are capable of reinventing ourselves, transforming and tweaking our personality.

Zubiaur’s paintings transcend what is seen on the canvas. He strategically maintains the artificial feeling of high gloss fabricated objects and uses this emphasis on highlights and shadows to create the illusion of a light source passing by or the subject rotating in space. Within each painting there is endless space surrounding the changing subjects which seem to simultaneously exist in both the digital and physical world.

Zubiaur’s work has been exhibited in the United States, Italy, Argentina, and Mexico, including the Museum Ruben Herrera. 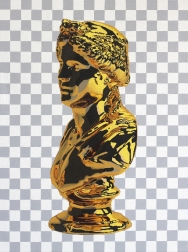 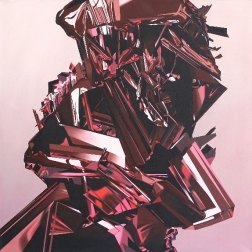 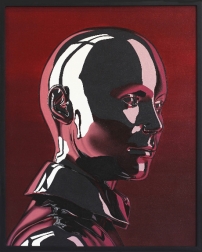 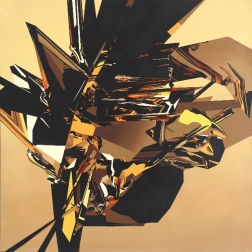