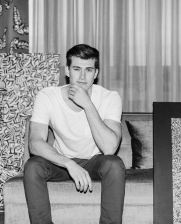 Ilan Leas was born and raised in New York and received a BS from Wake Forest University in North Carolina. His mother was an art teacher and Leas exhibited creativity from an early age. His style, which has been described as “complex,” emerged in middle school after watching a TV special about crop circles. After that, Leas began drawing intricate designs that incorporated events from his daily life.

Leas devoted his time after graduating from university to building a successful modeling career with Ford Models. During his down-time, he began drawing again and reignited his passion for visual arts. At the heart of his practice is experimentation and overcoming the feeling of failure. Though he began with pen and ink drawings, he has evolved to exploring other media such as painting on unconventional surfaces. He uses graffiti-like strokes and harsh angles to create the organized chaos of each drawing.

Leas’s current work relies on his subconscious and he does not plan any of his drawings beforehand. He allows the lines to flow freely to create a dynamic space. He considers his technique “patternmaking without a pattern.” His artworks have been featured at the Coachella Valley Music Festival’s project “TRASHed” by Global Inheritance as well as Sweetgreen’s NYC and Chicago locations 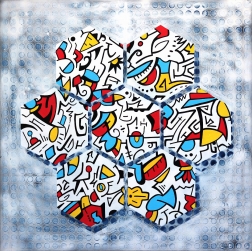 Into Thin Air and Clear Thoughts 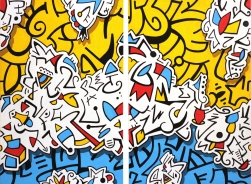 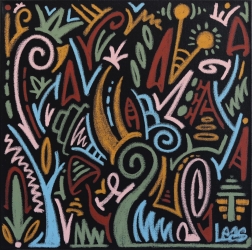 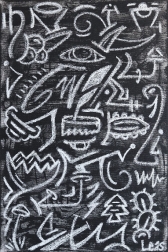 Man and His Marks 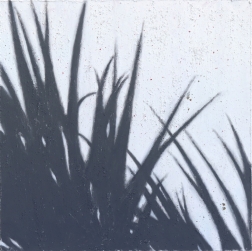