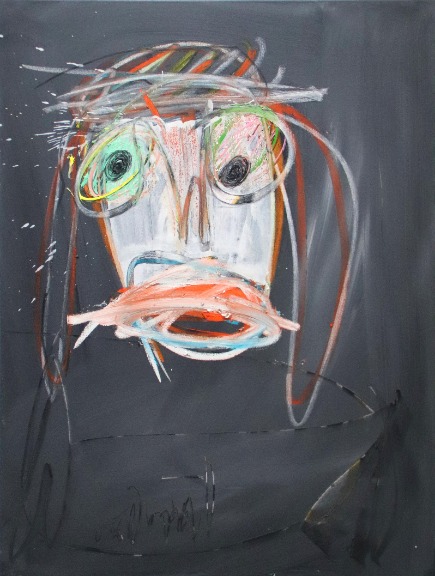 Painting for Togolese artist Olympio is fearlessly following an instinct. Olympio’s work is honest and palpable: exposed, raw, and direct. His work is an unfiltered manifestation of his soul. Bright, energetic marks encircle rough textures balanced by the peaceful compositions emanating from below the surface.

This 48-inch high and 36-inch horizontal mixed media painting is signed by Olympio on the back of the canvas. The many layers in his work further emphasize the texture and visceral nature of his canvases. Free local Los Angeles area delivery. Affordable U.S. and global shipping. A Certificate of Authenticity issued by the gallery is included.

Olympio was born into a large family of eight children in Lomé, Togo, West Africa. He began his creating art by using building scraps to make sculptures. By the time he was in high school, he started to experiment with mixed media and collage. He later transitioned to acrylic and oil on canvas.

In 2001, Olympio left his home in Africa to live in Paris. Olympio moved to the United States in 2003 and has continued to paint. His work has been exhibited at Art Basel Miami, where in 2018 he was ranked one of the Top 10 Artists by Red Dot Miami. He was also recently interviewed for France 2, TV5Monde, and the BBC. His work has been exhibited and collected internationally. 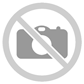 Olympio was born and raised in Togo, West Africa. His first works were sculptures made from building scraps and found objects. He later transitioned to mixed media, collage, acrylic, and oil paint on canvas. Olympio’s work has been shown throughout Togo and neighboring countries, including the city art center in Lomé and the largest hotel in the Togo, Hotel Sarakawa. In 2001, Olympio left his home in Africa to live in Paris. He moved to the United States in 2003 and currently spends time in New York and Los Angeles.

Painting, for Olympio, is discovering the internal balance of a piece and recognizing beauty when it is unveiled. Olympio’s work is honest and palpable. It is exposed, raw, and uncompromisingly direct. His work is rough and energetic, yet balanced by peace and stillness that emanate from below the surface of each work.

Olympio’s artworks continue to be exhibited at galleries and major international art fairs in the United States and worldwide. His work has been exhibited at Art Basel Miami, where in 2018 he was ranked one of the Top 10 Artists at Art Basel by Red Dot Miami. He has been featured by France 2, TV5Monde, and the BBC, among others.