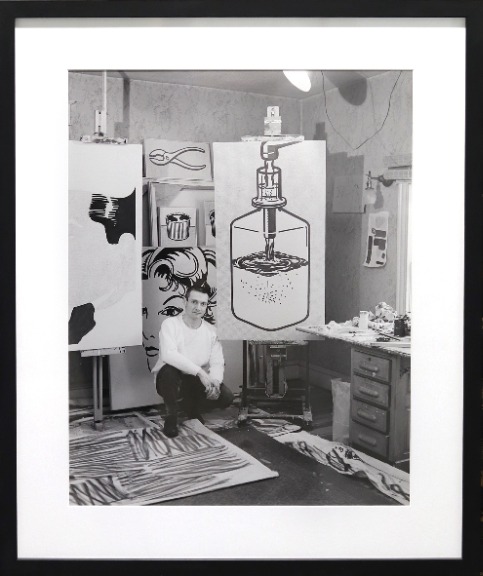 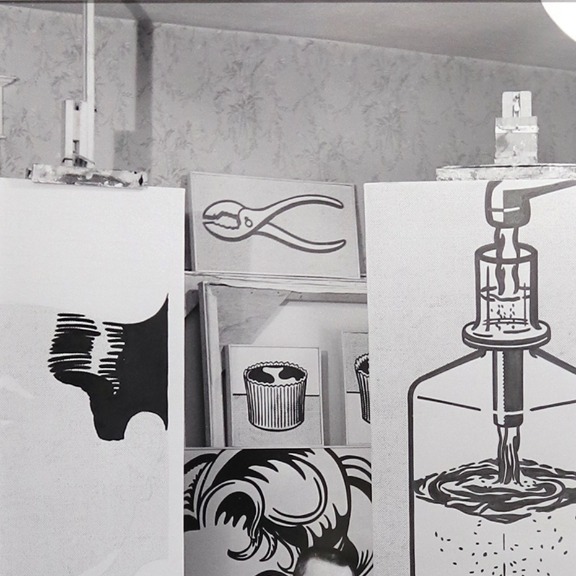 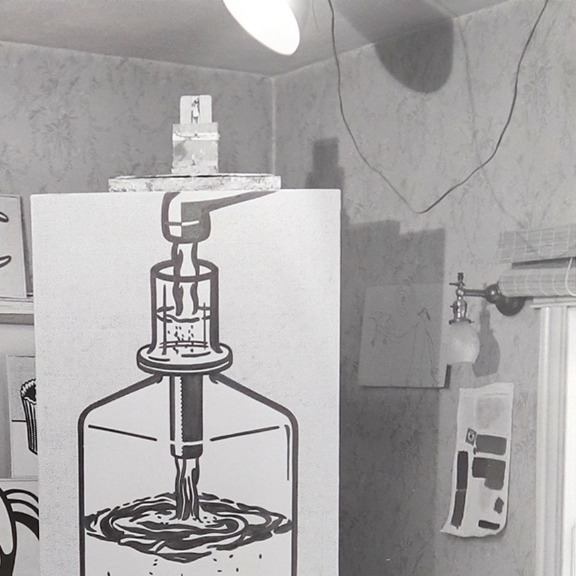 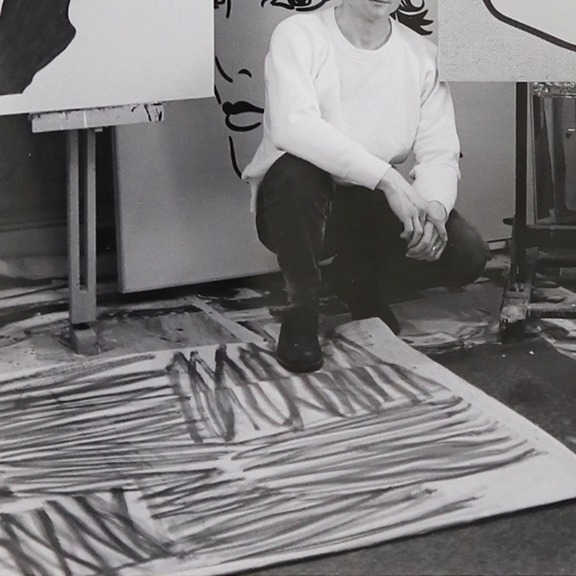 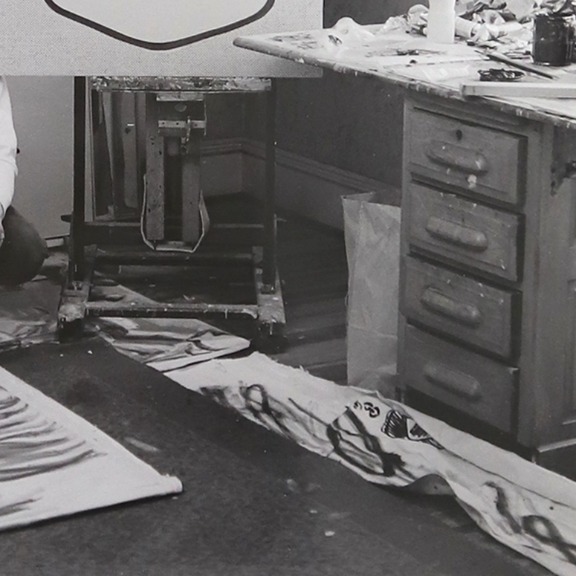 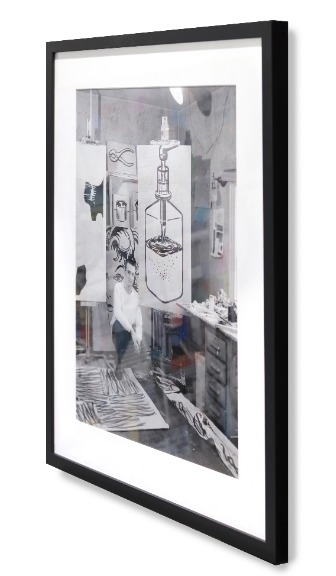 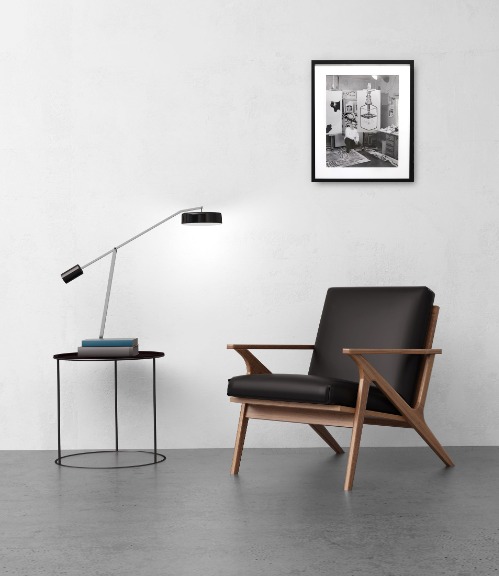 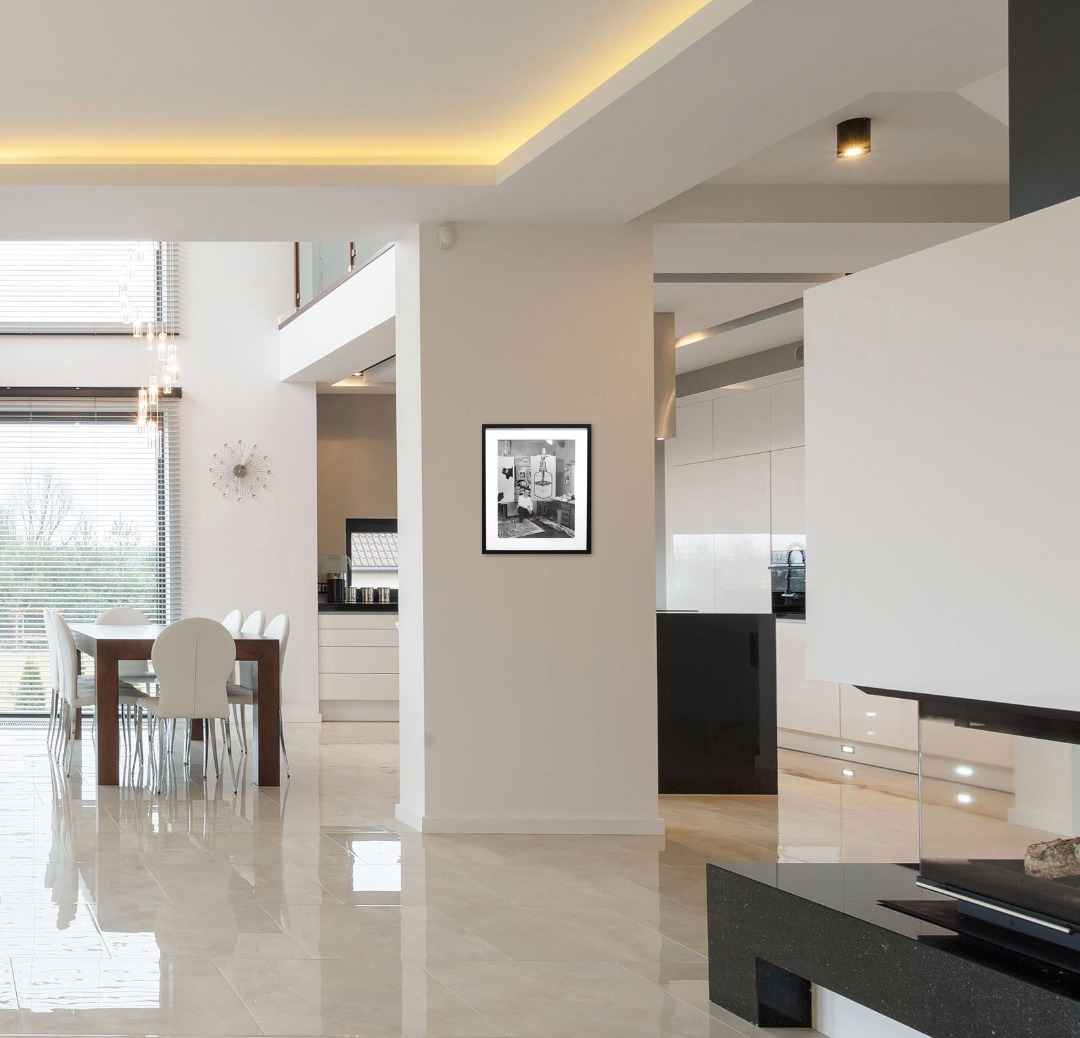 In this series of legendary photoshoots, Martin captured the complexity of each artist's personality, art, and surroundings. This black & white photograph was taken in 1962 and is a rare capture of Roy Lichtenstein (1923-1997) posing with his works in his studio just as his career was taking off. He had been teaching at Rutgers University in New York where his interest in Proto-pop imagery was ignited. In 1961, he started incorporating cartoon images and advertising imagery in his works. Lichtenstein had his first one-man show at a New York gallery in 1962 where the entire collection was acquired by influential collectors before the show even opened.

The size of the photograph is 19.25 inches high by 15.25 inches wide. This photograph is framed in a black wooden frame measuring 25.5 inches high and 21.5 inches wide. The size and price include the frame. It is numbered 1/50 on the back. It is wired and ready to hang. Free local Los Angeles area delivery. Affordable Continental U.S. and worldwide shipping. A certificate of authenticity issued by Kathryn Leigh Scott representing Ben Martin's Photographs is included. 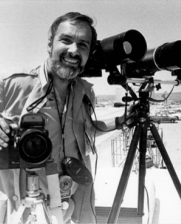