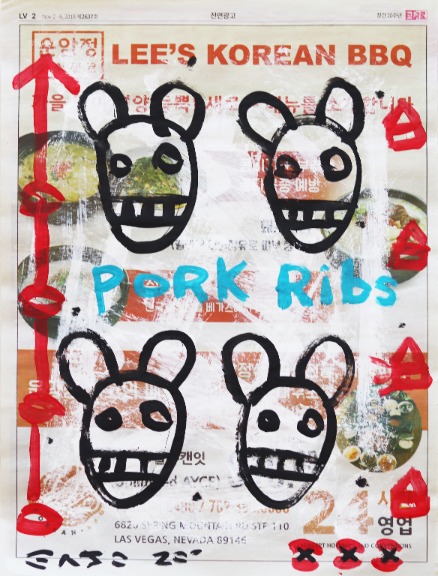 John applied acrylic paint onto Korean newspaper to create this one-of-a-kind artwork measuring 15 inches high by 11 inches wide. The artwork is signed and dated by Gary John in black along the lower left corner using the first two letters of his first and last names: "GA JO". This artwork is not framed. A certificate of authenticity issued by the art gallery is included. Convenient local Los Angeles shipping. Affordable Continental U.S. and worldwide shipping options are available.