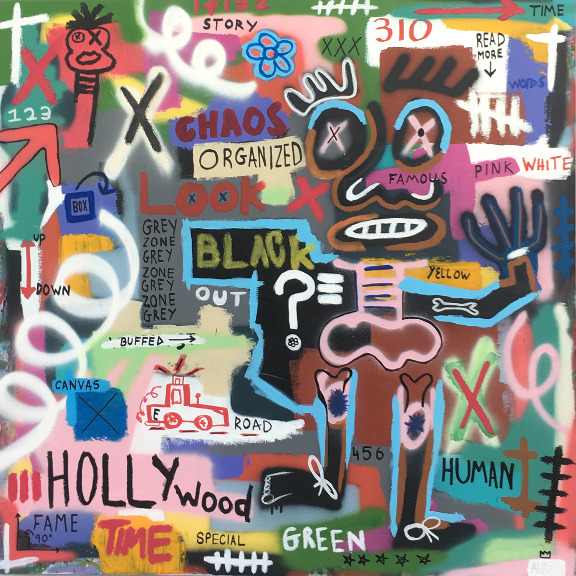 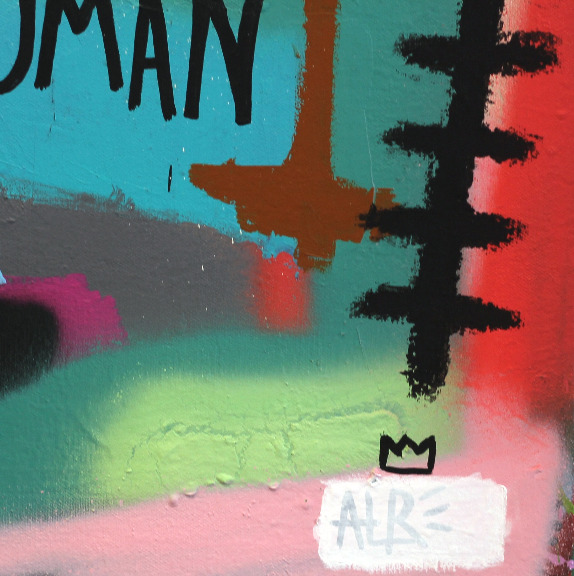 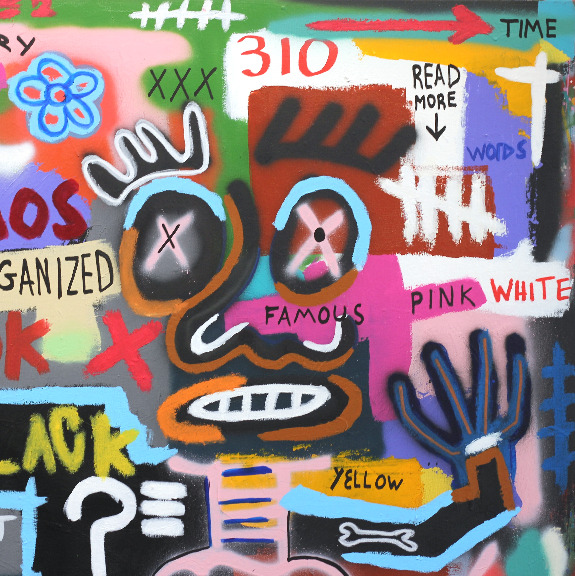 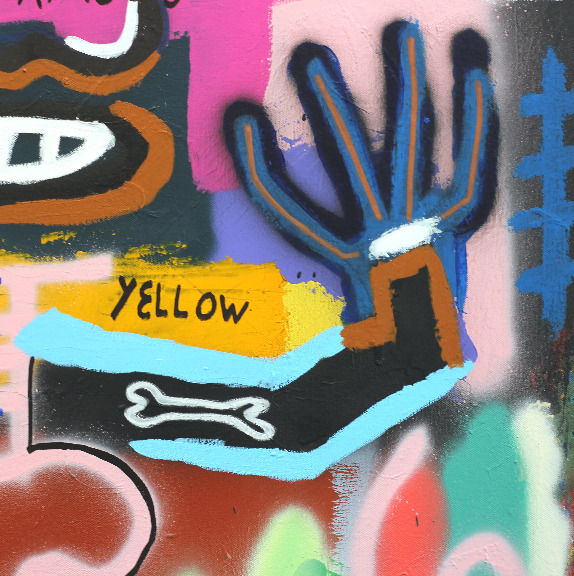 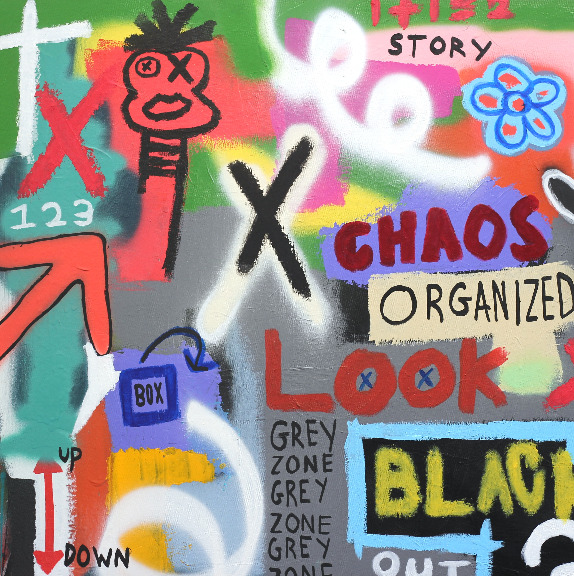 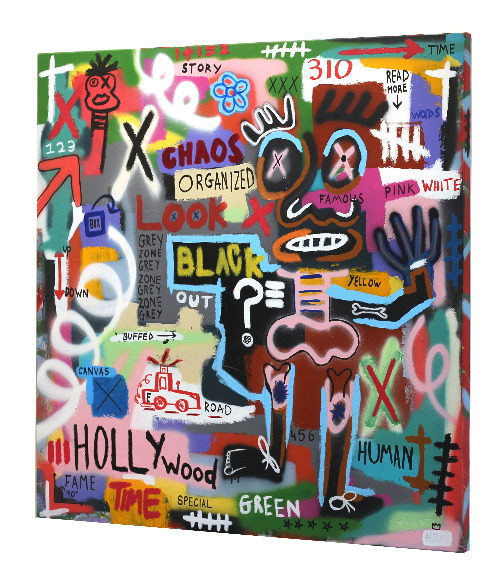 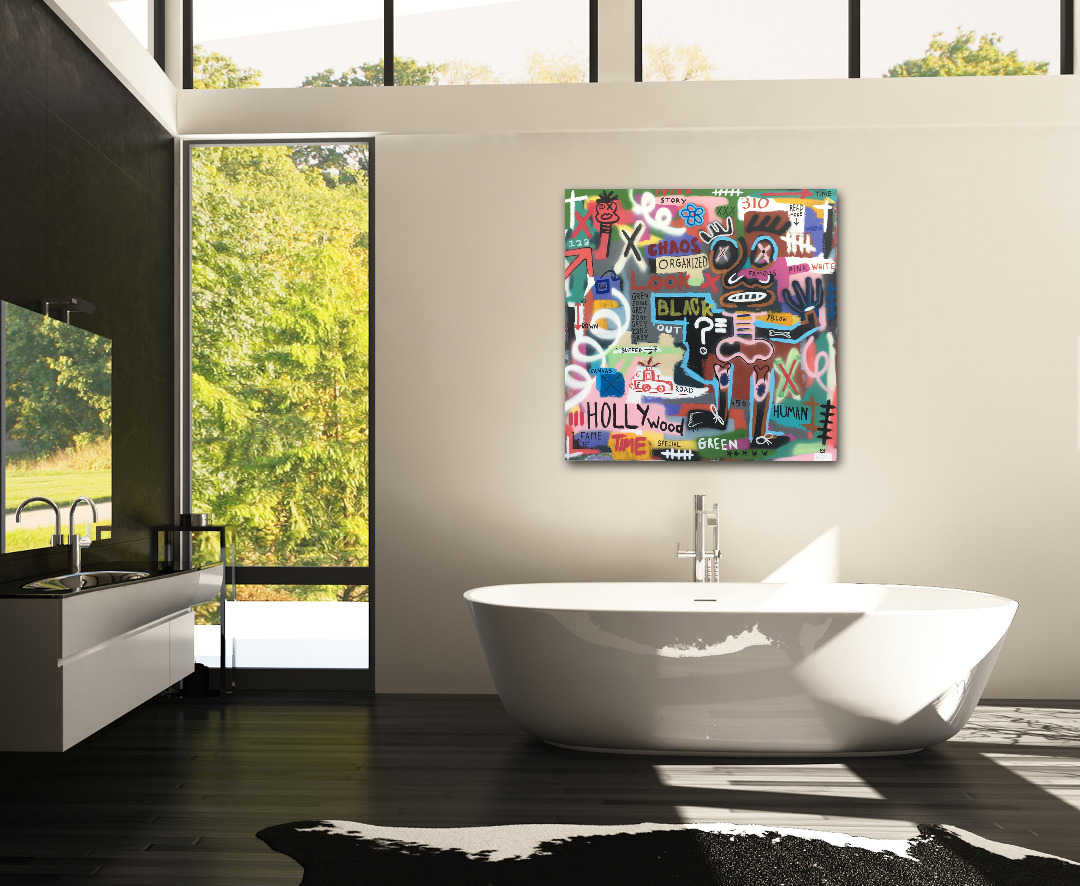 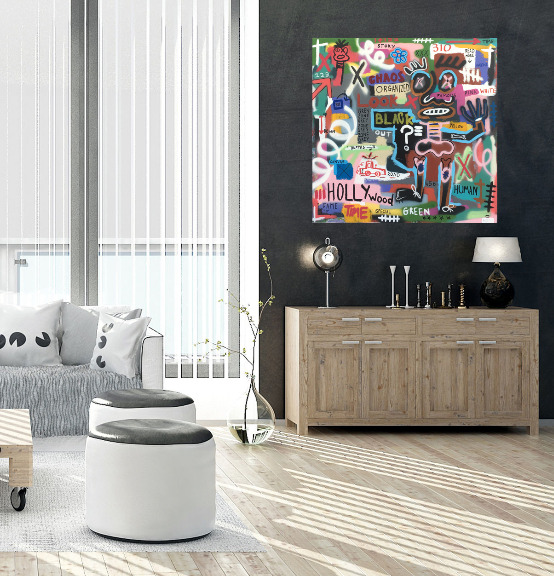 The backgrounds of Alexander Reagan's original artworks emulate the grittiness of graffiti art, while his foregrounds play with the notion of street style Pop Art. The play between his clean drawing and writing lines and his organic use of spray paint is reminiscent of the evolution of street style. In some of his compositions, this is further exemplified through the use of trendy footwear imagery.

This large colorful 48 inch square artwork is stretched, wired, and ready to hang. The sides of the one-of-a-kind artwork are painted as a continuation of the front. The painting is signed by the artist on the back. Free local Los Angeles, as well as affordable Continental U.S. and global shipping, are available. A certificate of authenticity issued by the art gallery is included with this original painting.

Alexander L. Reagan is an emerging Venice Beach artist. Reagan is known for his improvised approach to art driven by a strong vision and a spontaneous journey. Heavily influenced by contemporary street art as well as his heroes, Jean Michele Basquiat and Robert Rauschenberg, Reagan gravitates towards large-scale multi-medium compositions, often incorporating print and textual elements.

Although Reagan's experimentation with materials and eagerness to elevate his style makes each artwork he creates outstandingly unique. His canvases burst with unbridled dynamism, or as he likes to say, “Controlled chaos,” indicative of the pop culture-driven world we live in.

His artworks have been exhibited and collected worldwide, including Aspen, Shanghai, and Los Angeles. 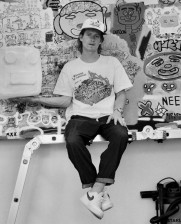 Reagan is known for his improvised approach that is driven by a strong and spontaneous vision. Heavily influenced by Contemporary Street Art, as well as his creative heroes Jean-Michel Basquiat and Robert Rauschenberg, Reagan has gravitated toward large-scale multimedia compositions, often incorporating print and text. 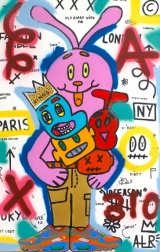 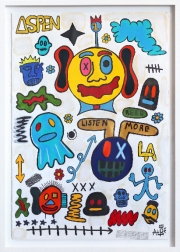 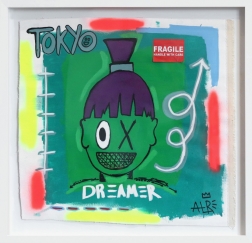 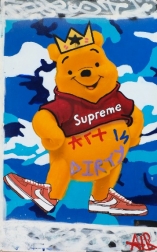 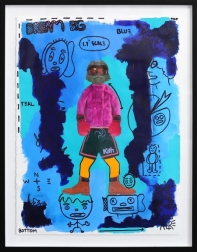 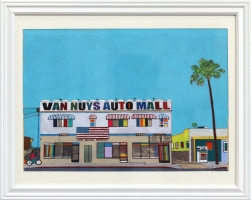 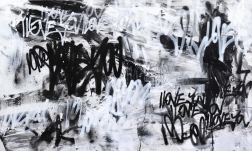 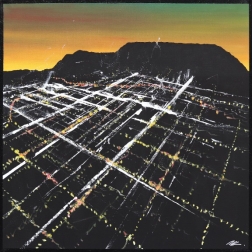 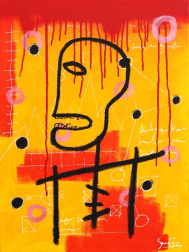 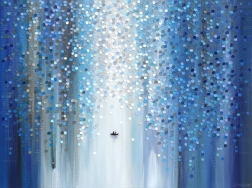