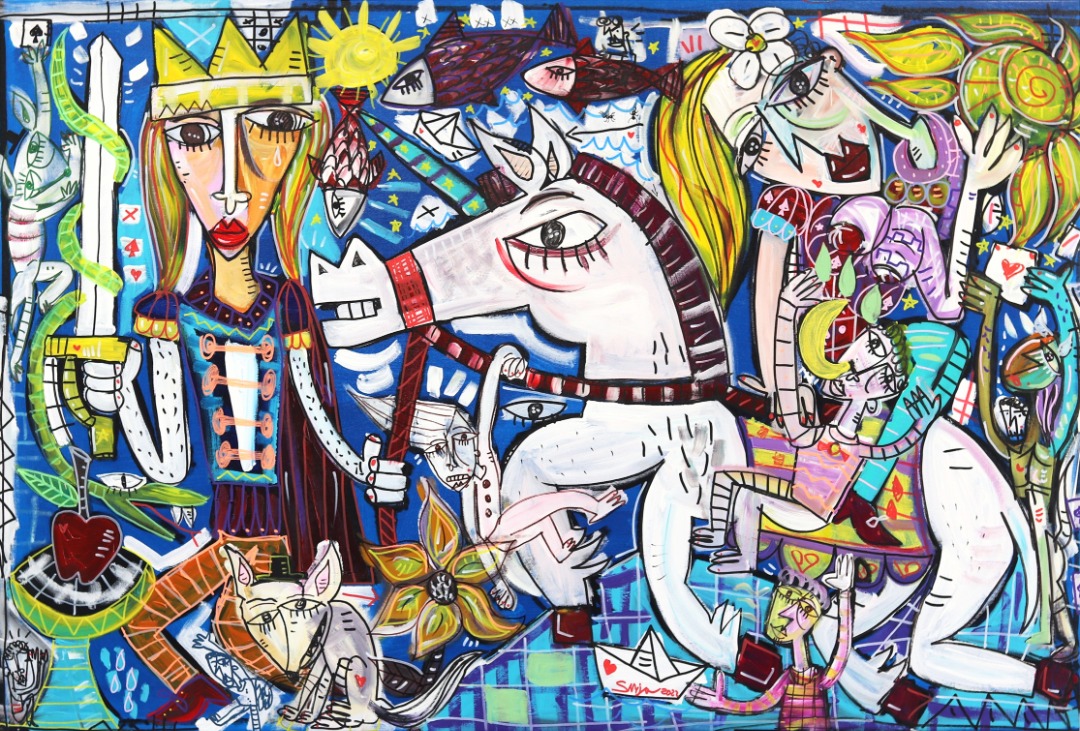 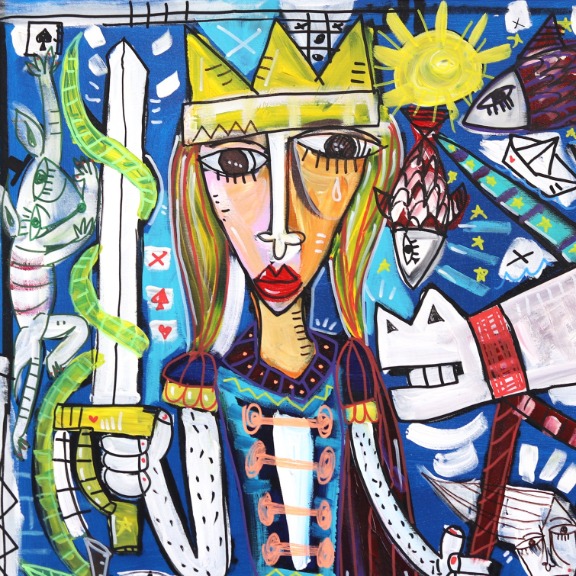 This one-of-a-kind 40 inch high by 59 inch wide mixed media composition on canvas is stretched, wired, and ready to hang. The artist signed this original artwork on the front as well as on the back. The sides are painted and it does not require framing. Free local Los Angeles area delivery. Affordable Continental U.S. and worldwide shipping are available. A certificate of authenticity issued by the art gallery is included. 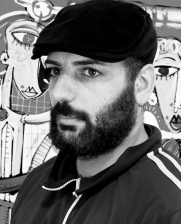 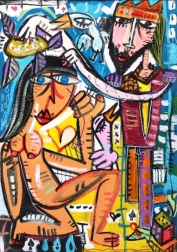 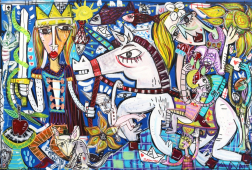 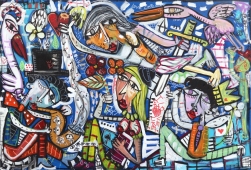 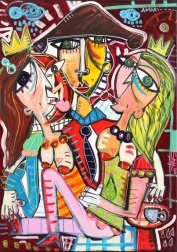 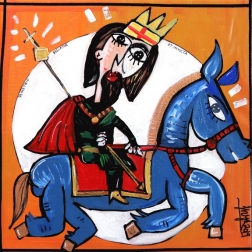 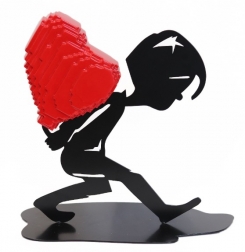 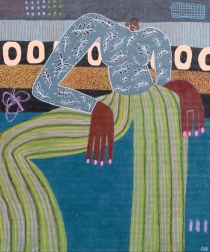 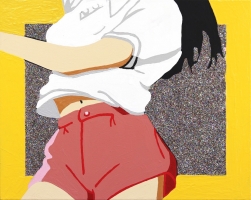 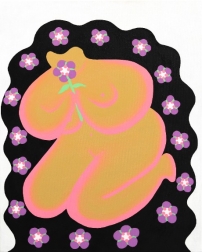 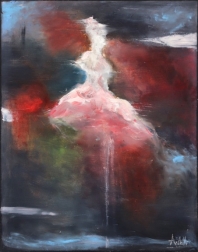