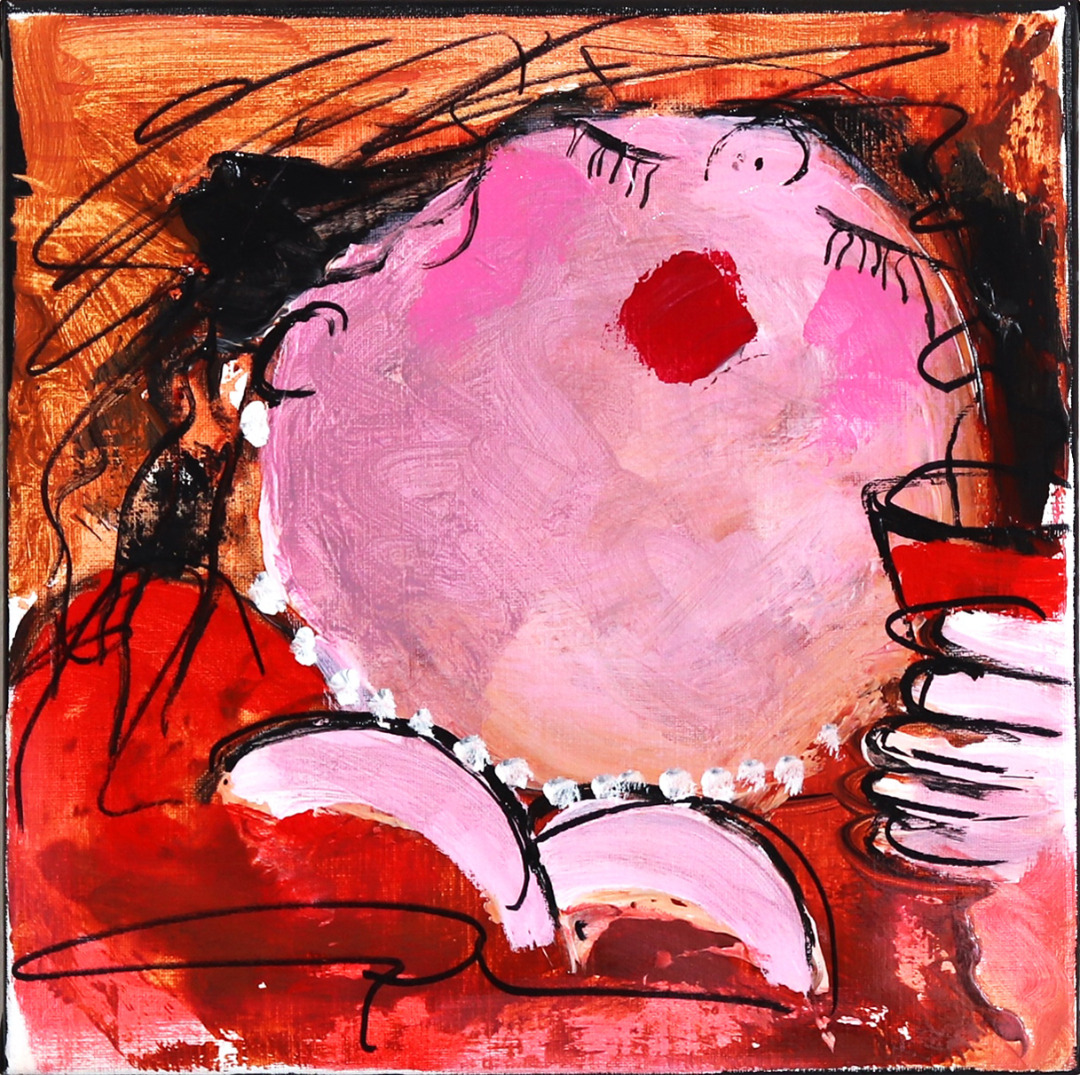 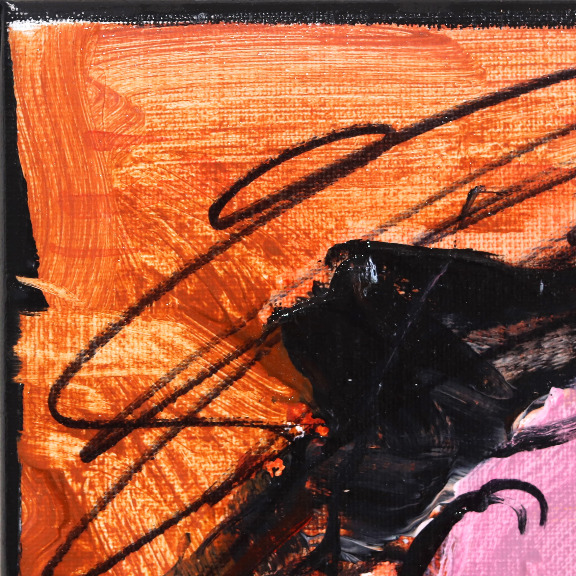 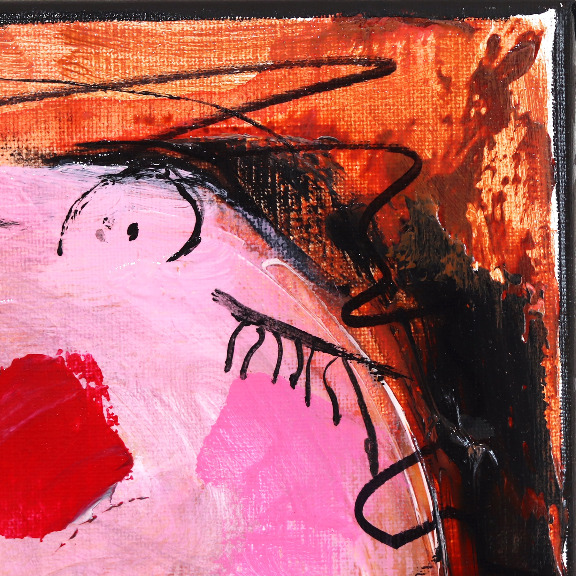 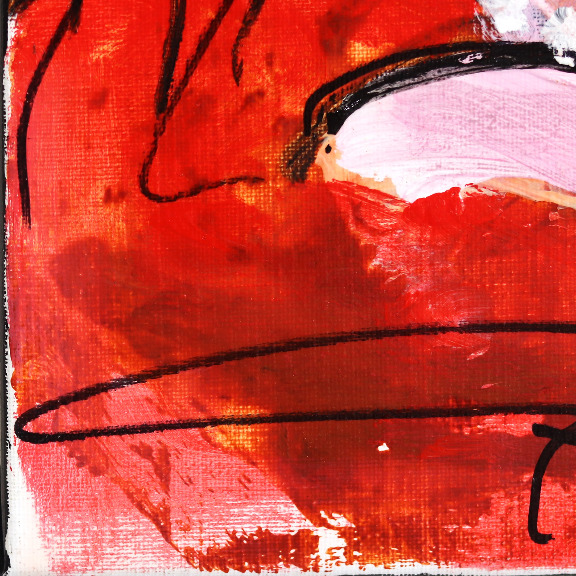 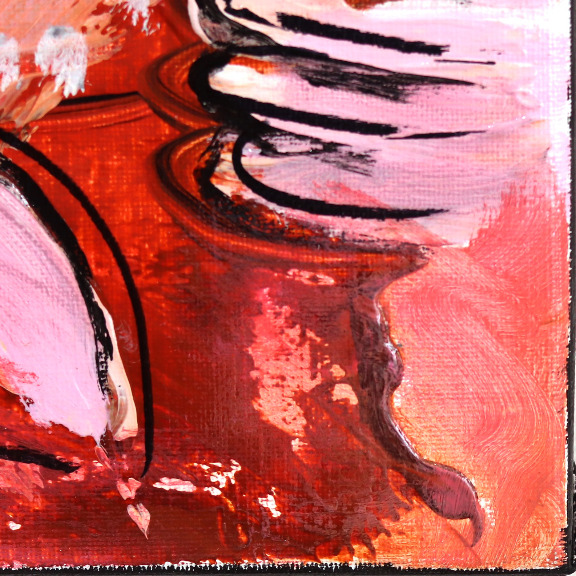 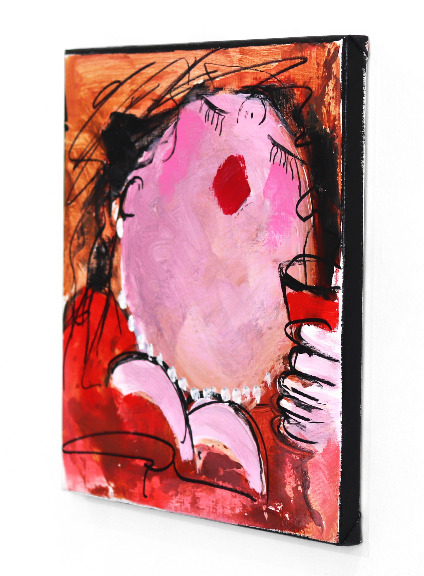 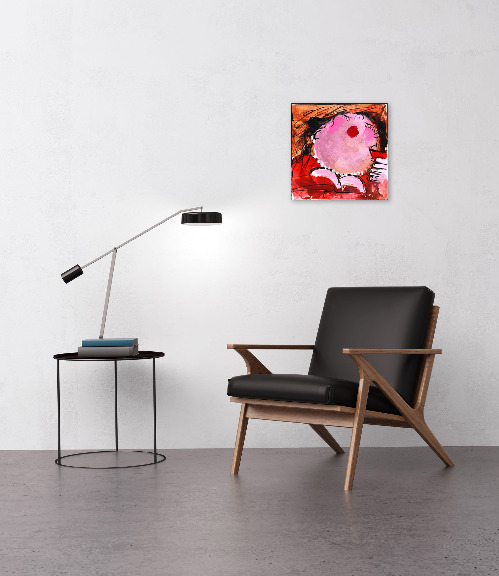 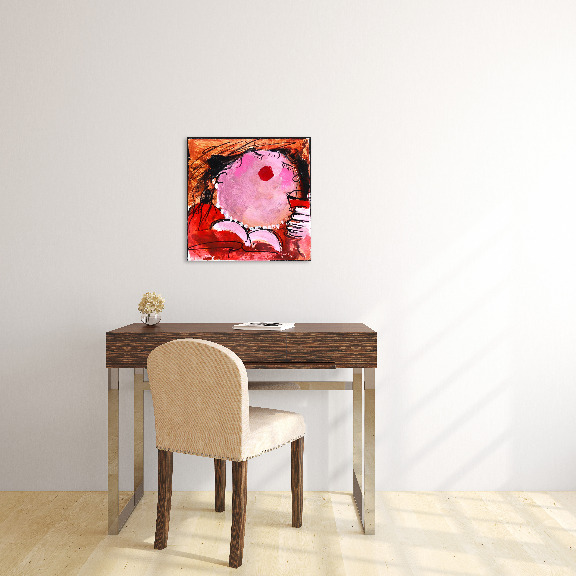 Gerdine Duijsens’ spirited and evocative figures are instantly recognizable and unforgettable. They emit a sense of pleasure and contentment through their expressions and into the rooms in which they hang. Enjoyment is at the heart of her figurative artworks, and the people she creates are always savoring the moment. We can’t help but be charmed by their lust for life.

This 16 inch square artwork is wired and ready to hang. Gerdine's one-of-a-kind artwork includes wonderful textures created with an intriguing balance of bold, colorful brush strokes in acrylic paint as well as thin black lines, adding a distinct character to the person and her surroundings. She captures the essence of each figure though her abstract treatment of the artwork. The sides of this unique artwork are painted black. It does not require framing. It is signed on the front by the artist. Convenient local shipping within Los Angeles. Affordable Continental U.S. and worldwide shipping are also available. A certificate of authenticity issued by the art gallery is included.

Gerdine Duijsens was born in Utrecht, Netherlands, and studied at the Art Academy and the Academy of Fine Arts in Belgium. The work of Gerdine Duijsens is a synthesis between figurative and abstract art. Mostly it is abstract with figurative elements. In their unguarded moments, Gerdine displays her characters with a slight derision as their vulnerable and insecure selves, when in their seemingly unobserved moments they briefly try to escape from a world in which status, knowledge, protocols and power keep them prisoner. “There are many opportunities in your life, so you must have the courage to be open. You might not grab everything, but if you do, make it into something.”

Duijsens artworks fit perfectly in the spirit of modern times where people are focused on the exteriors of something or someone. As a result, the creative imaginative power can unfold, which is most important for artist and viewer. An enormous drive and energy is apparent in all her paintings. We recognize the people on the canvasses; they are our families, our friends, acquaintances, or us. They move us and we just can’t help it; a smile wants to appear on our lips. We love them and want to have them with us because they make us happy. 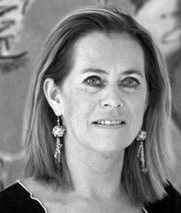 Gerdine Duijsens was born in Utrecht, Netherlands, and studied at the Art Academy and the Academy of Fine Arts in Belgium. A career in art wasn't part of the plan initially, but there was no stopping her as time went by. Once the children had all gone separate ways, she gave way to something deep inside that she had really always known, ever since the days she played hooky while munching on her sandwiches in art museums. She believes one doesn't become an artist, but is born one.

Duijsens’ work is a synthesis between figurative and abstract art. Her internationally collected paintings reflect the modern culture of consumerism, the desire to achieve status, and overindulgence. In their unguarded moments, Duijsens displays her characters as their vulnerable and insecure selves, when in their seemingly unobserved moments they briefly escape from a world in which status, knowledge, protocols and power keep them prisoner. Through lyrical expressionism in its purest form, we see ourselves. The characters are satirical, exaggerated forms and are meant to be lighthearted and fun.

The dining and party scenes have a very recognizable style that can be distinguished by four main elements: people, lush layers of color, expressionistic mark making, and portraiture. Her people are "bon-vivants," somewhat blasé, comical, cheerful, and bored. The partying, dining, happy single, and Botox paintings have become Duijsens’ trademarks and have generated a steadily growing club of collectors internationally. 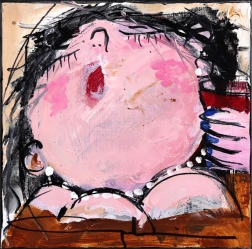 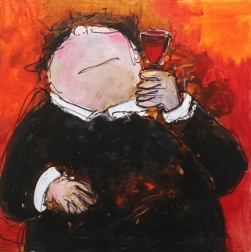 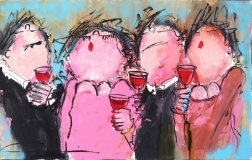 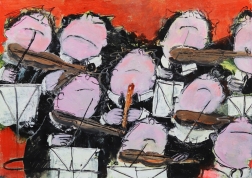 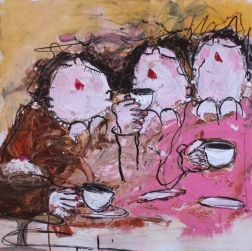 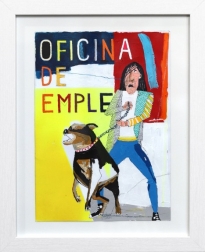 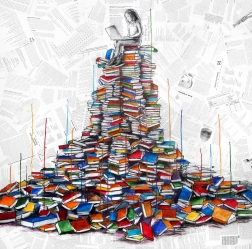 Ways Of Knowing The World 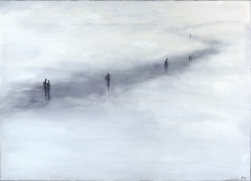 Journey Into A Dream I