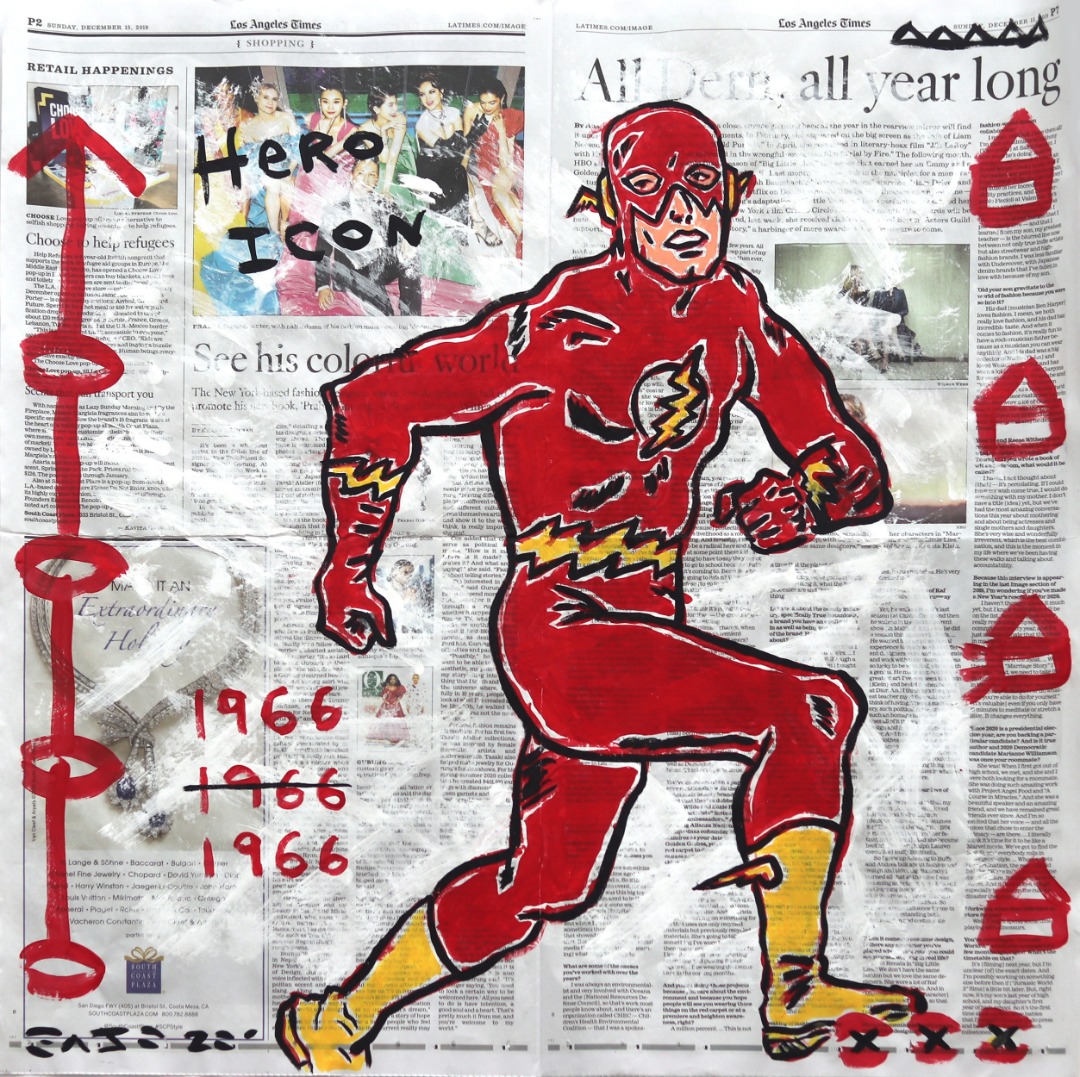 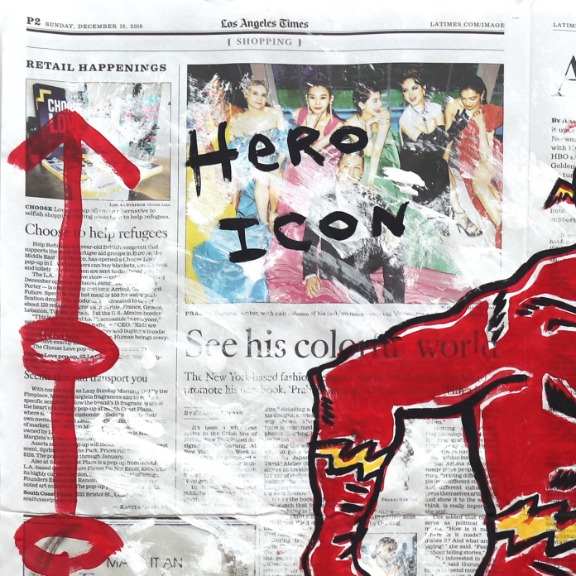 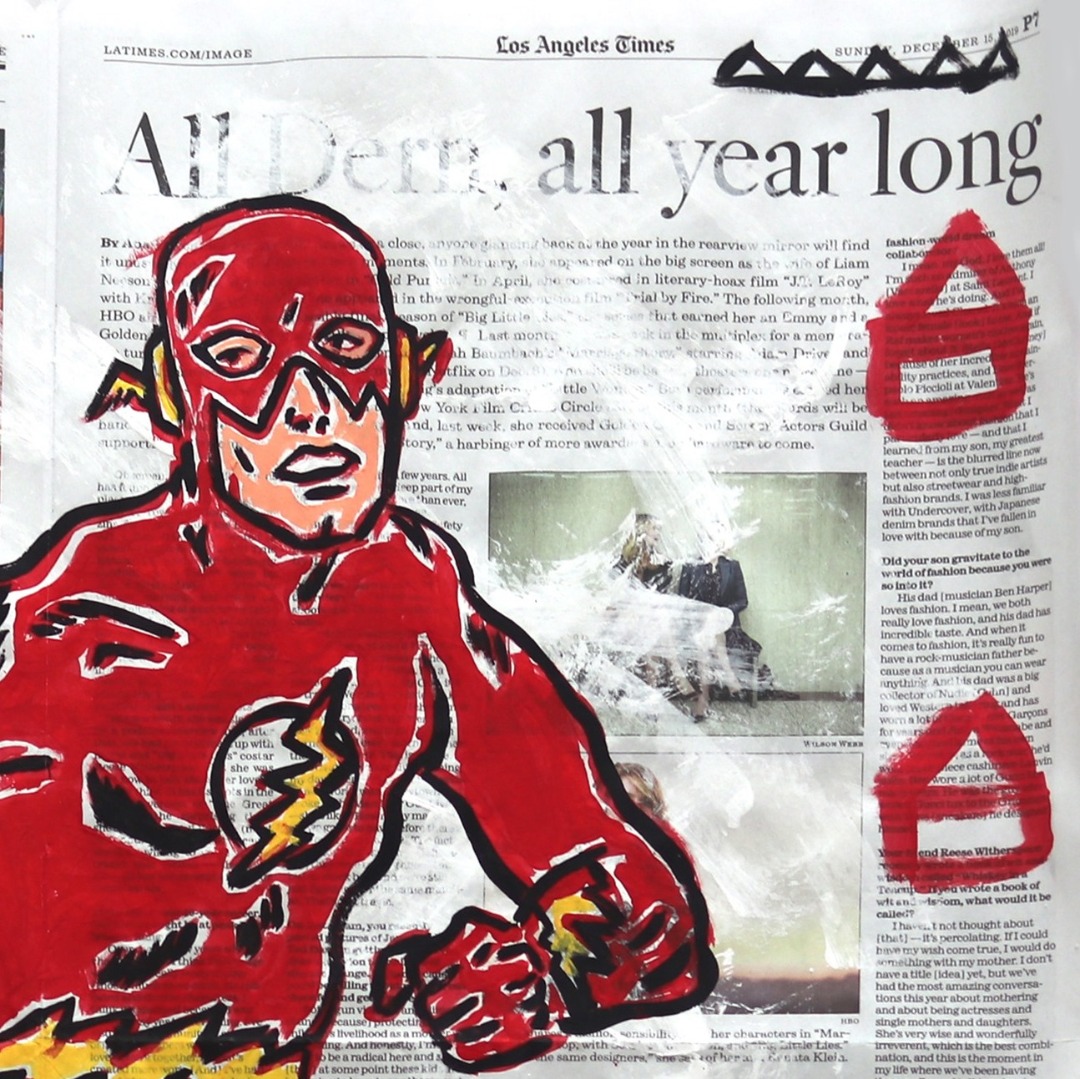 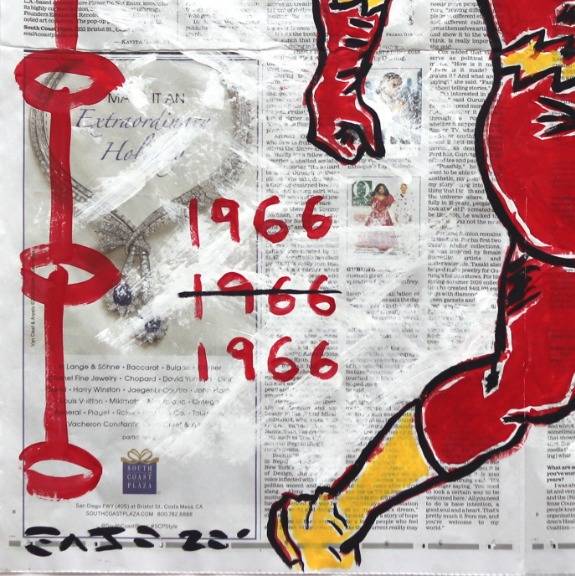 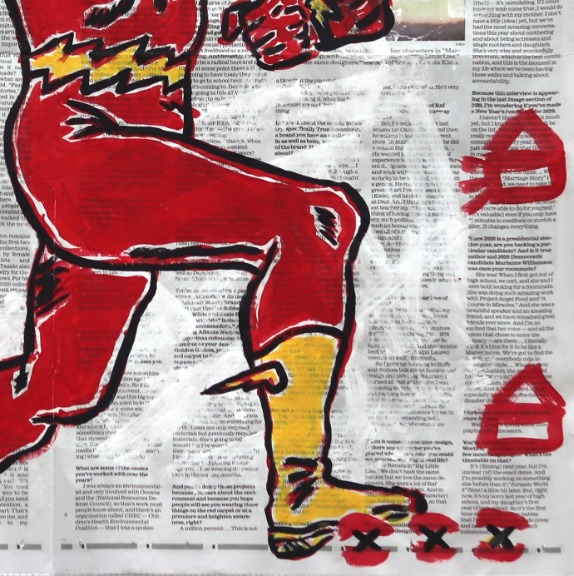 Los Angeles street artist Gary John exploded onto the international art scene during the Art Basel Miami art fair in 2013. John’s playfully bold work quickly gained attention and he was named one of 20 standout artists at the 2014 NY Affordable Art Fair. His works have been represented by Artspace Warehouse since 2013. His contemporary artworks continue to be exhibited at major international art fairs in the United States, Asia and Europe, including Los Angeles, New York, London, Singapore and Hong Kong. Celebrities and major art collectors worldwide have acquired his timeless artworks, which have seen a significant increase in value.

This original artwork is 22 inches high by 23 inches wide, and is a pop-urban composition painted onto Korean language newspaper. The artwork is signed and dated by Gary John in black along the lower left corner using the first two letters of his first and last names: "GA JO". This artwork is not framed. Affordable Continental U.S. and worldwide shipping available. A certificate of authenticity issued by the art gallery is included. 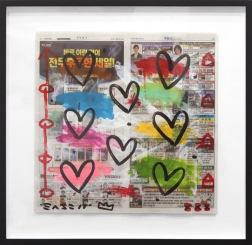 For the Love of Hearts 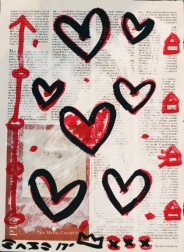 You Are The One 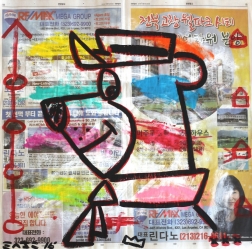 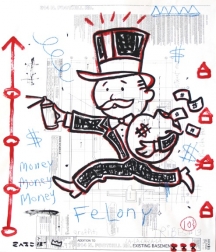 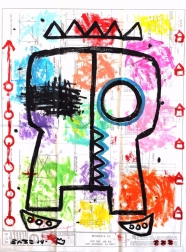 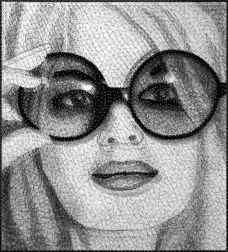 Brigitte In The Sun 3 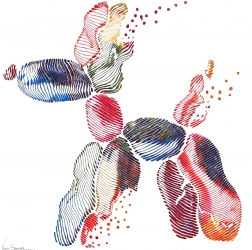 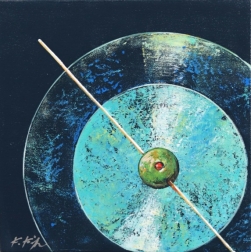 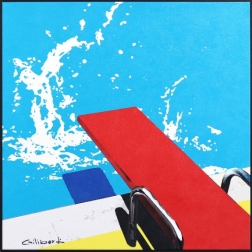