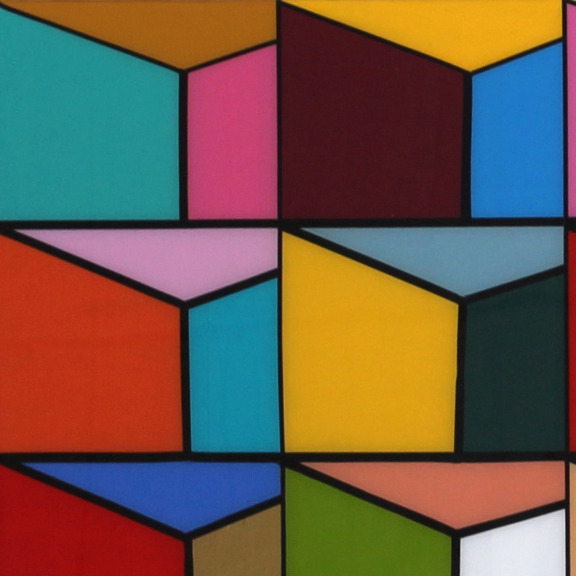 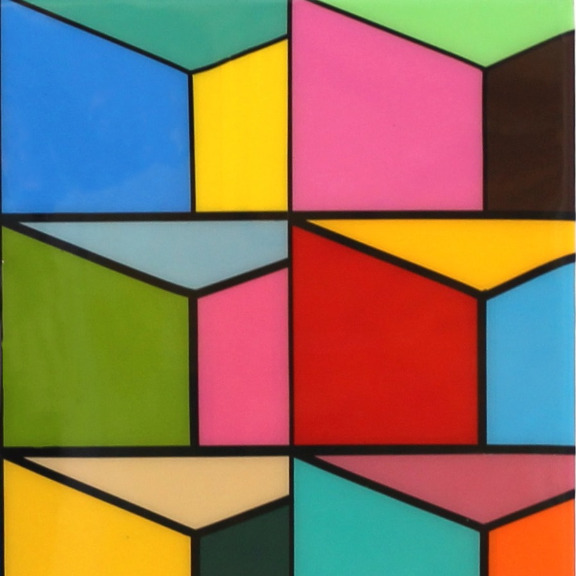 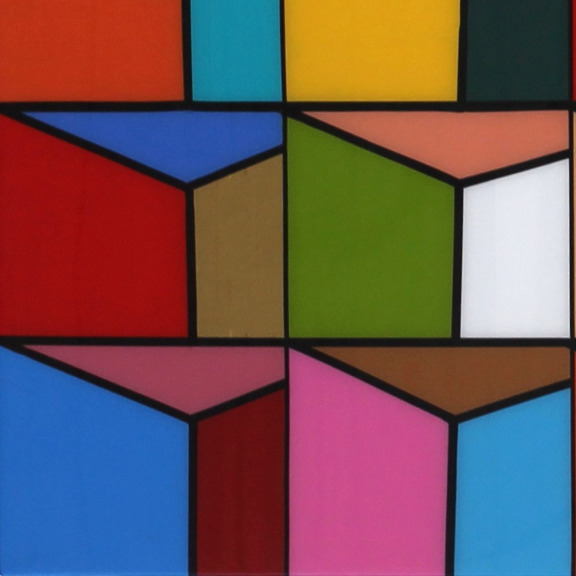 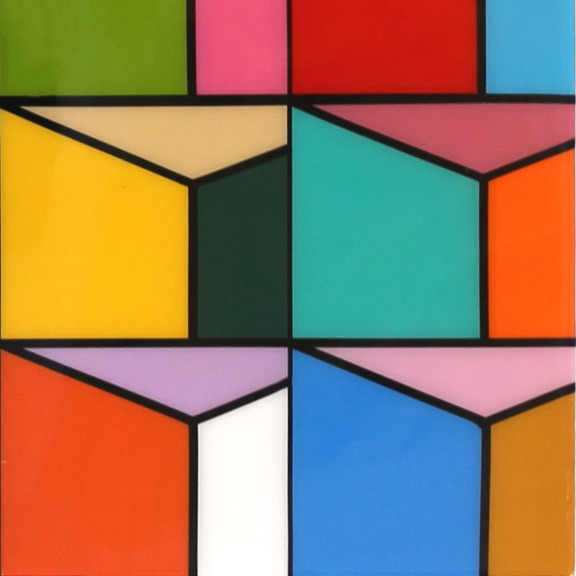 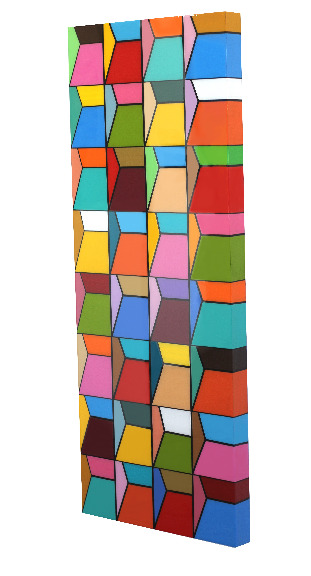 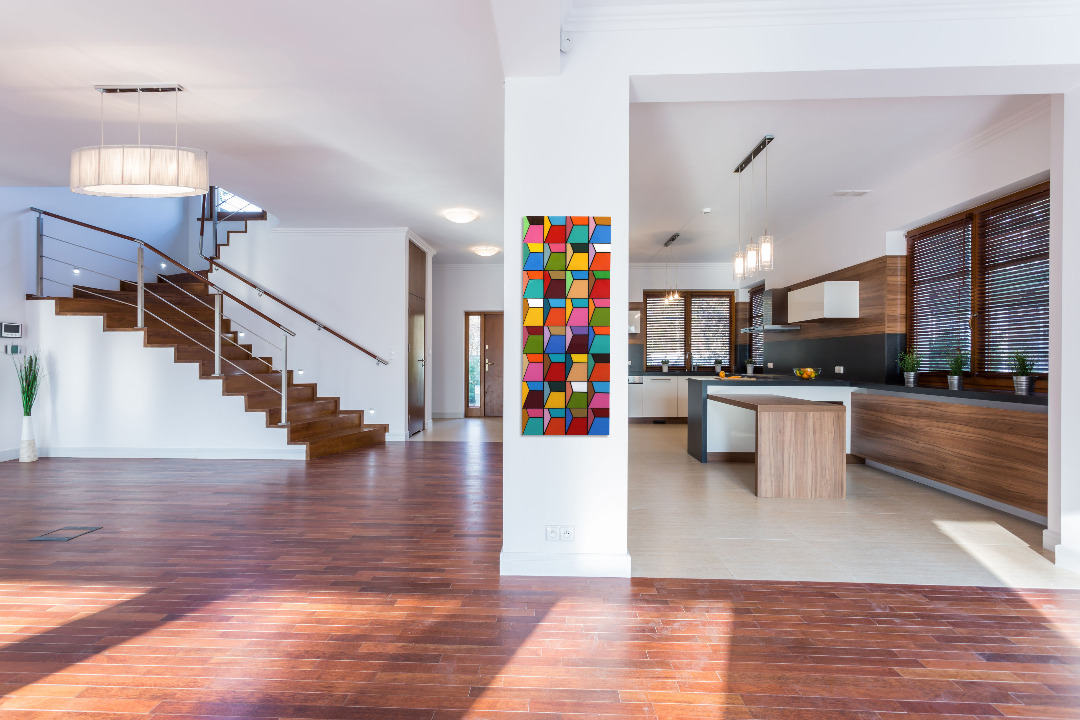 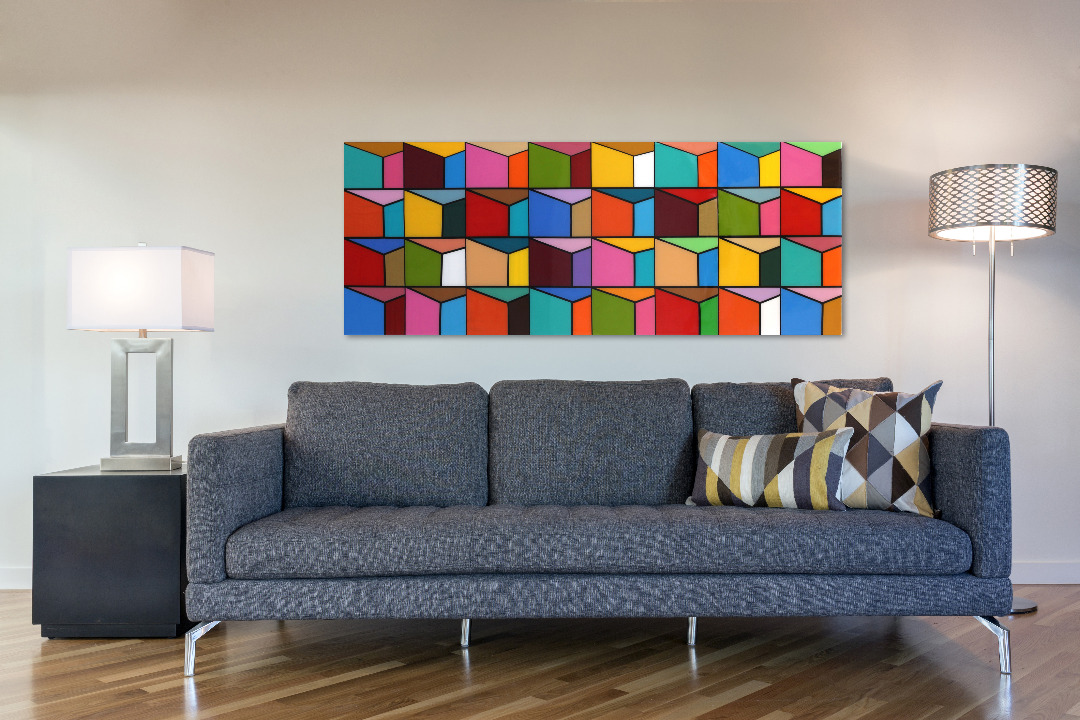 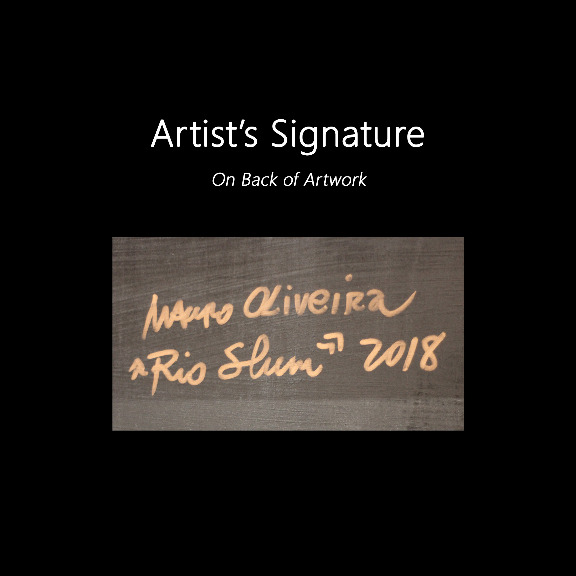 Brazilian mixed media pop artist Mauro Oliveira creates colorful artworks using automotive detailing tape, acrylic paint, pencils, and other alternative media, finishing his artworks with several layers of resin for an immaculate and super glossy finish. The exceptionally shiny varnish gives Mauro’s pieces a delightful reflection and a finished look. Many of his geometric pieces are named after specific places and skylines that inspired the artwork. Each artwork is precisely planned out and there is little room for error with his technique, which makes each piece equally stunning.

This colorful 24 inch high by 60 inch wide artwork is wired and ready to hang. This artwork can be hung either vertical or horizontal. Oliveira used vinyl tape and acrylic paint to create this unique artwork and covered the front and sides of the artwork with a smooth layer of clear, glass-like resin, which enhances the colors and adds depth. Oliveira signed this artwork on the front right. Free local Los Angeles area delivery. Affordable US and worldwide shipping. A certificate of authenticity issued by the gallery is included.

Mauro Oliveira was born in Sao Paulo, Brazil and raised on the outskirts under extreme poverty with no running water or electricity. He and his six siblings were sent to a military state run orphanage after both parents passed away in their 30’s. He feels that he is living proof that people’s generosity can save lives and make dreams come true.

His passion for the United States and art started at age 9 in the orphanage. An American woman visited and Mauro became close with her. Before she left, she told him crying in broken Portuguese that if he stayed out of trouble and studied hard, he would make it to the U.S. one day. His first art project, at age 10, was to paint and decorate the plain tin piggy-banks that were given out free by the banks and then selling them. He encouraged and supervised the other children to do the same and raised funds for food.

He surmounted every obstacle on his way, dreaming of making it to America one day. He made it to college with straight A’s and won a student exchange program contest sponsored by the Federal University of Uberlândia, Brazil. He studied Journalism and the Arts and immigrated to the U.S. in 1990. Mauro has worked in several different art media from oil pastels and charcoal sketches to clay sculptures. His greatest influences are Pablo Picasso and the Spanish artist, Joan Miro. 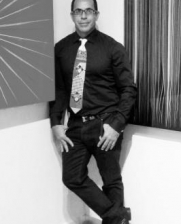 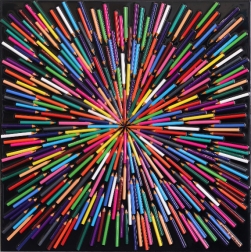 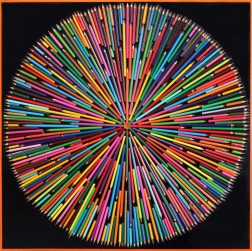 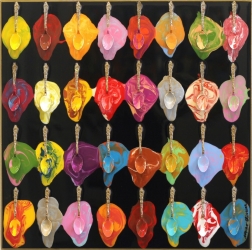 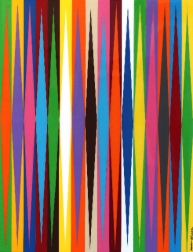 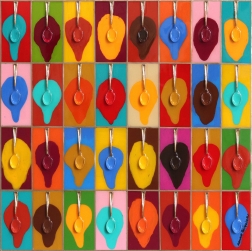 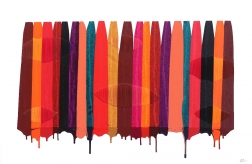 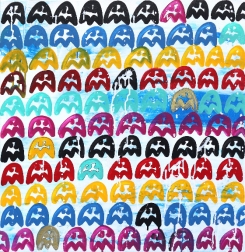 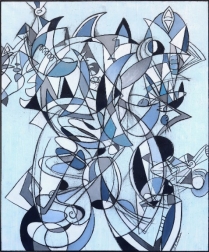 I Could Have Been An Actor 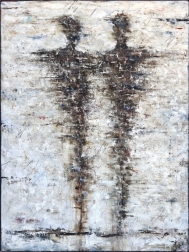