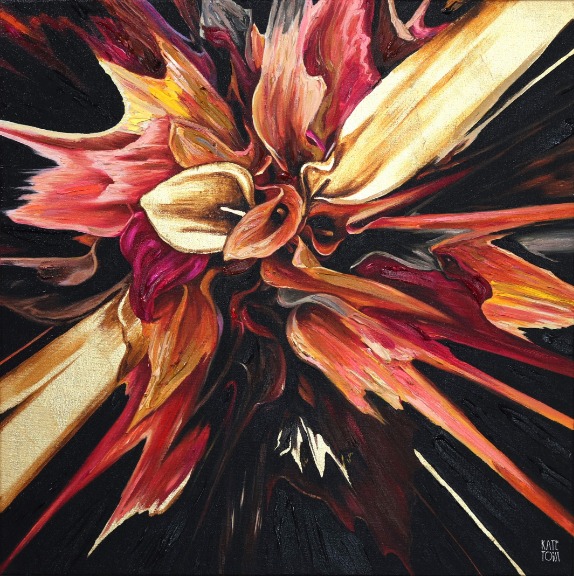 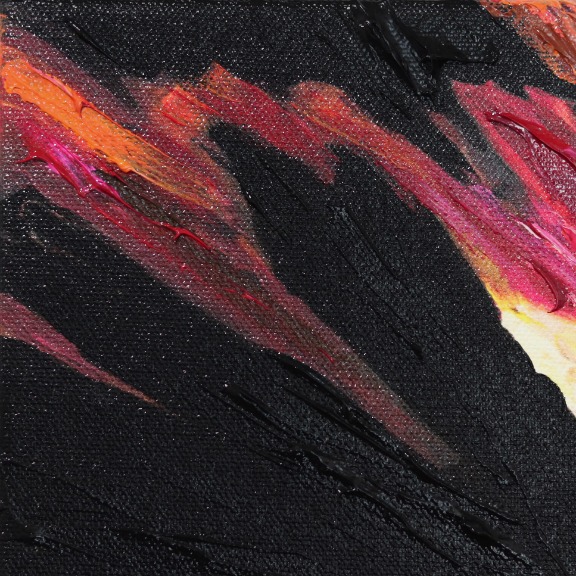 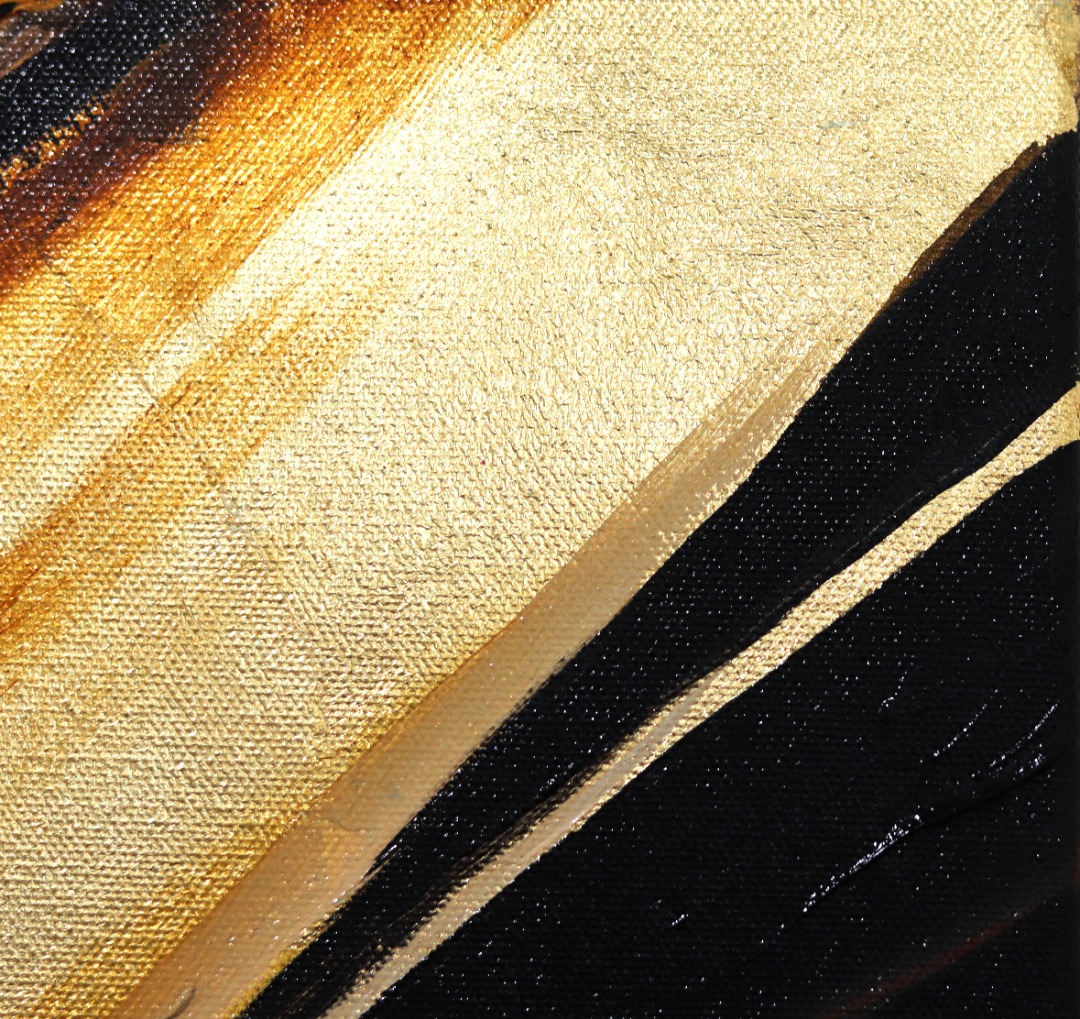 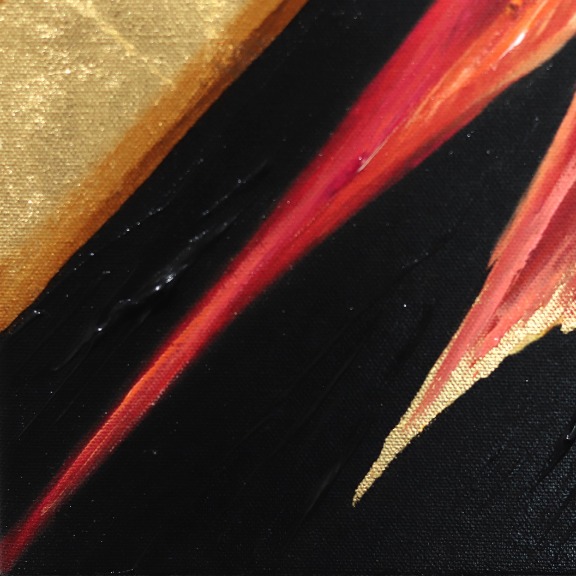 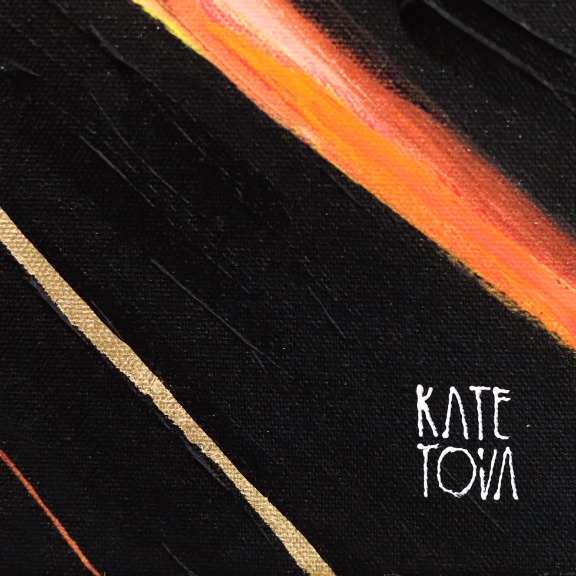 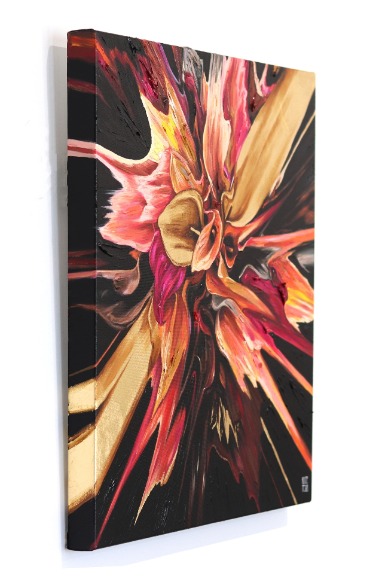 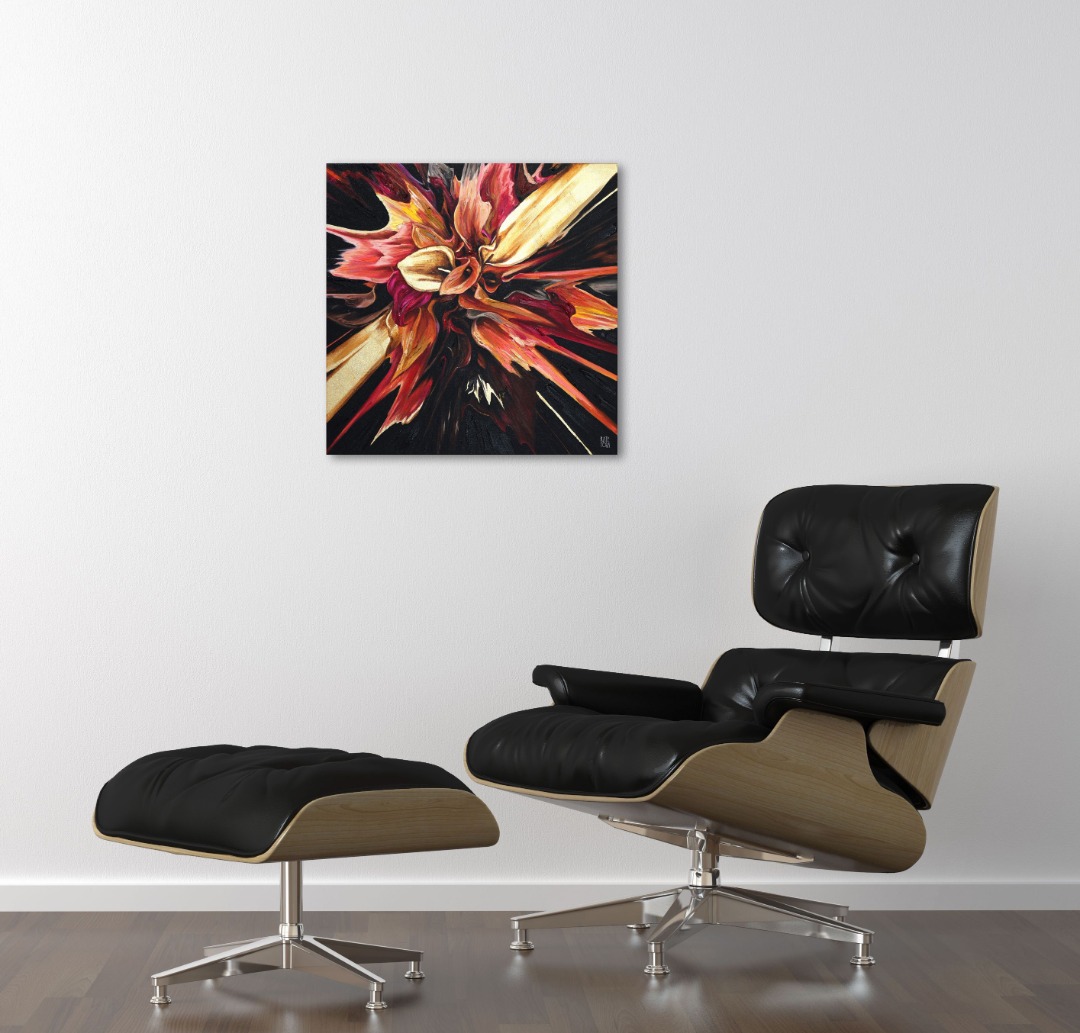 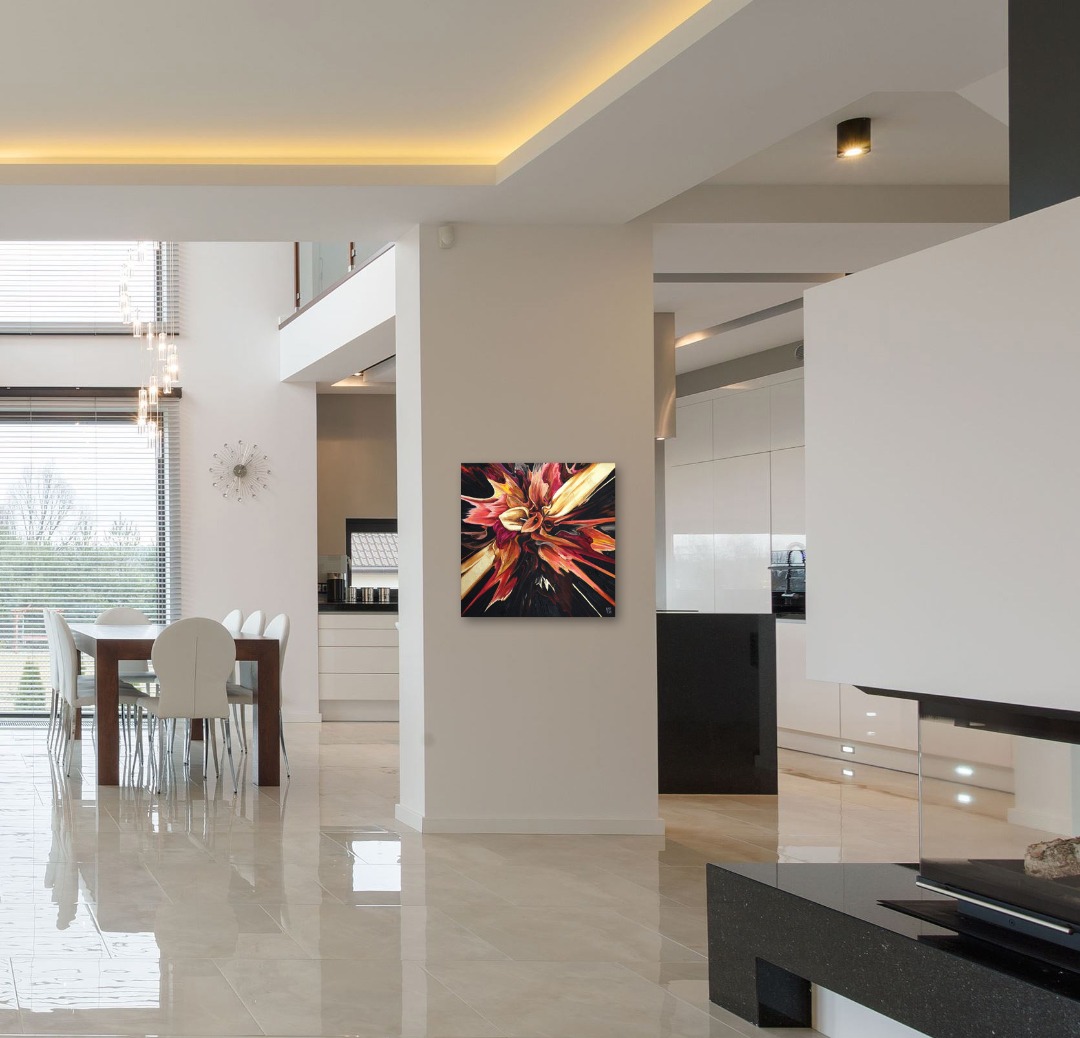 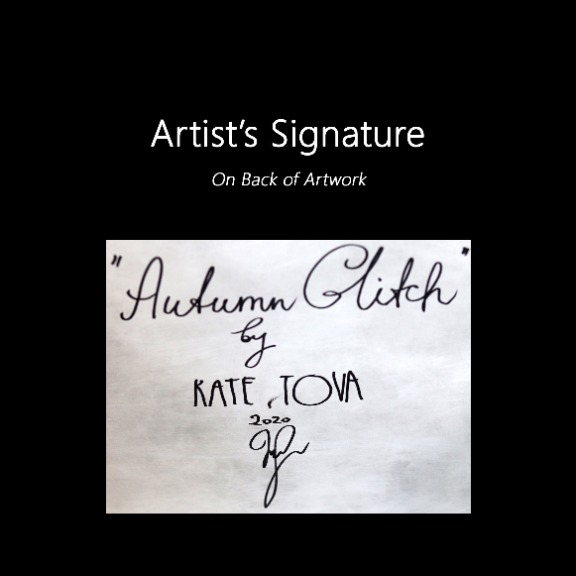 Vibrant, large-scale multimedia artworks incorporate reflective mediums and thick textures in Kate Tova's recent work. Colors splash across the page melding into flourishes of sequins, rhinestones, and glitter. The natural beauty of her subjects is juxtaposed against the "engine of technology" inspiring personal and innovative compositions. Surreal and vibrant, Tova's work thematically and stylistically layers her life experiences.

This unique 24 inch square artwork is a mixed media composition painted on canvas. It is wired and ready to hang. Kate Tova uses a variety of mixed media in this dynamic and colorful artwork which is so skillfully painted that it appears to burst out of the canvas. This artwork is signed by the artist on the front as well as the back. Convenient local Los Angeles shipping. Affordable Continental U.S. and worldwide shipping also available. A certificate of authenticity issued by the art gallery is included with this original work.

Bringing forth inspiration from her varied experiences Tova is inspired by the layers of her life's experiences. From the lavishly gilded architecture of her early years to the vibrant palette of New Orleans, Tova now works in San Fransisco where themes of her work draw from technology and the Information Era.

Kate has earned awards and critical acclaim participating in art exhibitions in Vienna, Berlin, New York, Prague and other cities around the world. Tova’s commissions have ranged from ceiling and wall murals in Moscow restaurants to live painting performances at fundraisers and venues such as the Los Angeles Equestrian Center. Her art has appeared on the covers of foreign music records, been published in international magazines, and even inspired a jewelry collection. 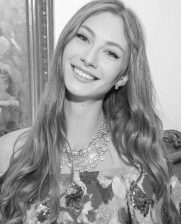 Kate was born in the small riverside town of Balakovo, Russia. As a child, she demonstrated early virtuosity in visual arts and soon moved to Moscow to expand her opportunities in the busy capital. Her constant urge to create and experiment won her recognition across Russia, Europe, and the United States. In 2015 she moved to New Orleans, where she began working as a full-time artist. After four bright successful years in the Big Easy, she moved once more to San Francisco.

Tova has earned awards and critical acclaim participating in art exhibitions in Vienna, Berlin, New York, Prague and other cities around the world. Tova’s art has appeared on the covers of foreign music records, been published in international magazines, and has been collected worldwide. 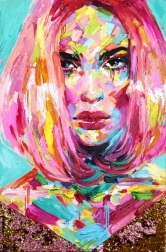 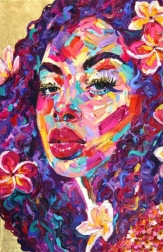 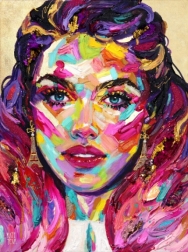 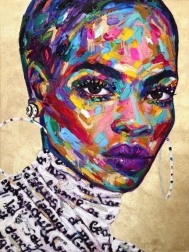 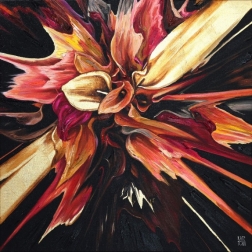 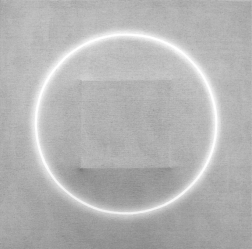 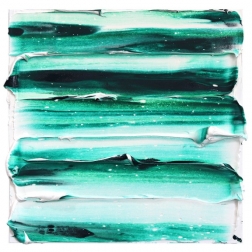 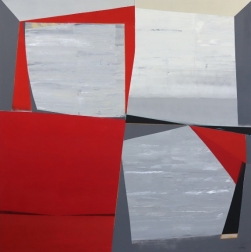 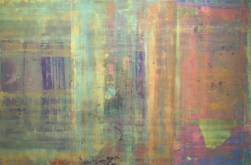 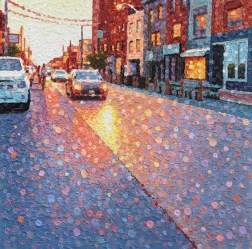