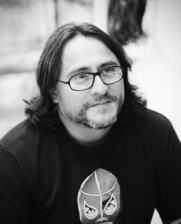 Sergio “VALENZ” Valenzuela was born in Guatemala in 1970. VALENZ graduated from Universidad Galileo de Guatemala with a major in Communications with a concentration in Education. He is a graphic designer, creative director, publicist, as well as a professor, teaching university courses on creativity, advertising, and graphic design at his alma mater.

His first group show was at the Bienal de Arte Paiz, Guatemala City, in 1992. Since then he has be featured in over 80 group shows and 30 solo exhibitions in South America and around the world. Among numerous recognitions and awards he was selected as the winner of the “Young Artist” award in 2005, and granted a scholarship to study at the École Nationale Supérieure des Beaux Arts in Paris, France. His works are exhibited in the French Allegiance of Guatemala, Forma Museum of El Salvador, private collections in Guatemala, Central America, Europe, Mexico, and the United States of America. 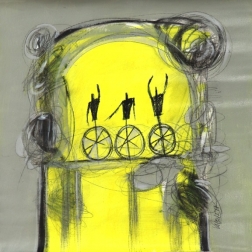 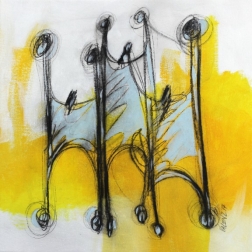 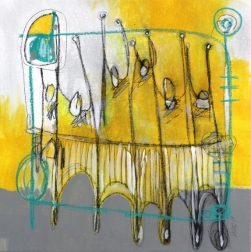