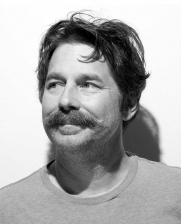 Scott Froschauer is a contemporary sculptor, fabricator, and multi-media artist. He received a BA in Theoretical Linguistics from Syracuse University, which undoubtedly influences his use of positive messages and language in his work. Froschauer utilizes a practice called “culture jamming,” which uses familiar elements from the urban environment to make a social critique.

His works have been featured at Burning Man since 2004 and have also been sponsored for a variety of public and institutional projects; including “The Art of Burning Man” at the Hermitage Museum in Virginia and The Glendale Library, Arts and Culture Department “Words on the Street” art project, where he installed 20 of his signs throughout parks and public spaces. Through the subversion of signs and languages, Froschauer transforms negative rhetoric into alternative messages of positivity, connectivity and playfulness.

When talking about his art, Froschauer says, “The main visual language in street signs is traditionally negative, my artwork is about imagining how to give reassuring language in the place of negative language.” 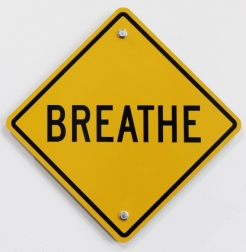 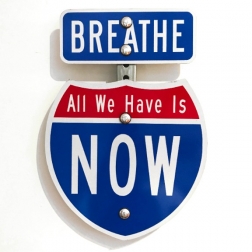 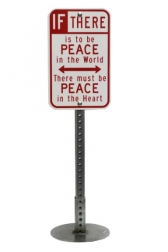 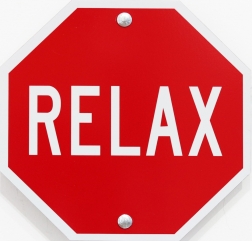 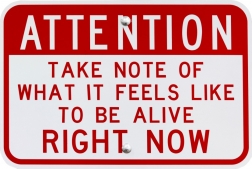