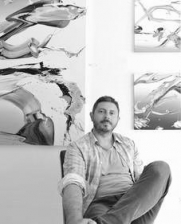 Alex Voinea was born in Romania in 1973. Leaving Romania after the revolution, he moved to Italy. He now resides in Sitges, Barcelona. His work has been shown in various international art hot spots, including Brussels, Paris, London, Milan, Amsterdam, New York, and Los Angeles.

Fading backgrounds create depth and perspective in his abstract works. Voinea transmits vibrancy and motion through drippings and large sweeping brushstrokes that include various saturated and fluorescent colors that bring movement and fluidity to his paintings. Moments of tension and sublime relief characterize paintings that evoke a thousandth of a second. These undulating strokes slither among one another and vibrate against geometric planes of color. 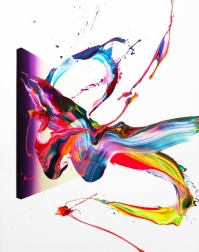 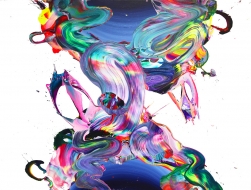 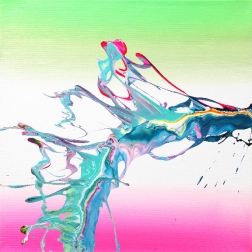 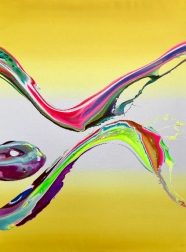